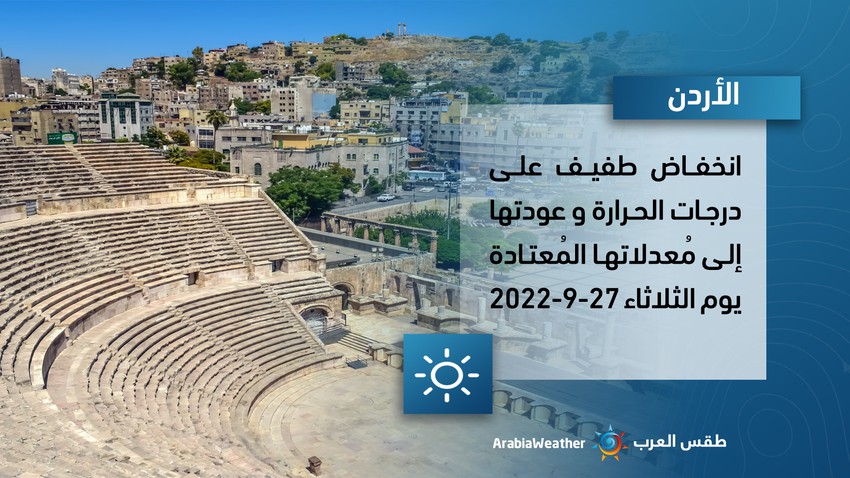 Arab weather - The Kingdom and the rest of the eastern basin region of the Mediterranean remain under the influence of northwesterly currents with temperatures close to their rates during the remainder of the month of September, so that temperatures tend to drop a little at times and rise a little at other times, which means that the weather will remain moderate during the day Especially in the mountains, it tends to be hot in the afternoon and afternoon, while it is pleasant at night.

In the details, the temperatures tend to decrease slightly on Tuesday, so that they become around their usual rates for this time of the year, and the weather is inclined to heat in various regions during the noon and afternoon hours, and hot in the Badia, Aghwar, Bahramit and Aqaba regions, and the winds are northwesterly moderate in speed, It is sometimes active in the Badia regions and raises dust and dirt. While the weather is nice at night, God willing.

On Tuesday, the weather is suitable for trips with family and friends in the highlands of the Kingdom, where the greatness will be in the late twenties in the high mountainous heights such as the Ajloun and South Mountains, while it touches the 40 degrees Celsius in the Dead Sea, the Jordan Valley and Aqaba.