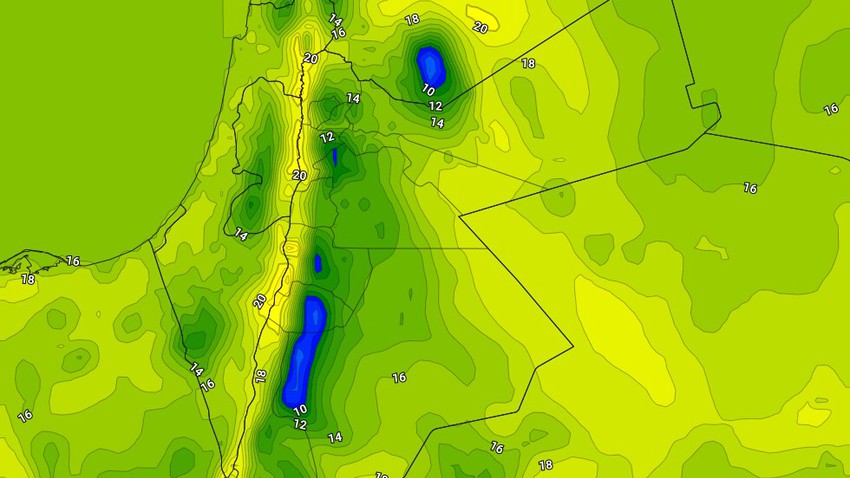 Arab weather - It is expected, God willing, that there will be a slight rise in temperatures so that they are around their rates for this time of the year on Sunday, and the weather will be relatively cold in most regions of the Kingdom.

Clouds appear at medium and low altitudes, and the opportunity remains for local showers of rain over separate areas, especially in the south and east of the Kingdom.

Winds will be northwesterly moderate in speed, energizing at times and accompanied by strong gusts in the southern and eastern regions that raise dust and dust.

Cold and humid weather in all areas at night

There is a decrease in the temperature at night, the amount of clouds decreases, and the chances of precipitation end, and the weather is cold in various regions of the Kingdom, especially at the late night hours.

Coinciding with an increase in surface humidity, the humidity level exceeds the 85% barrier, and the weather will be humid with an opportunity for fog to form in limited parts of the plains and the Badia.

The winds are westerly light to moderate in speed overall, active at times in the eastern regions.