Jordan | A slight rise in temperatures Saturday, while remaining below their averages 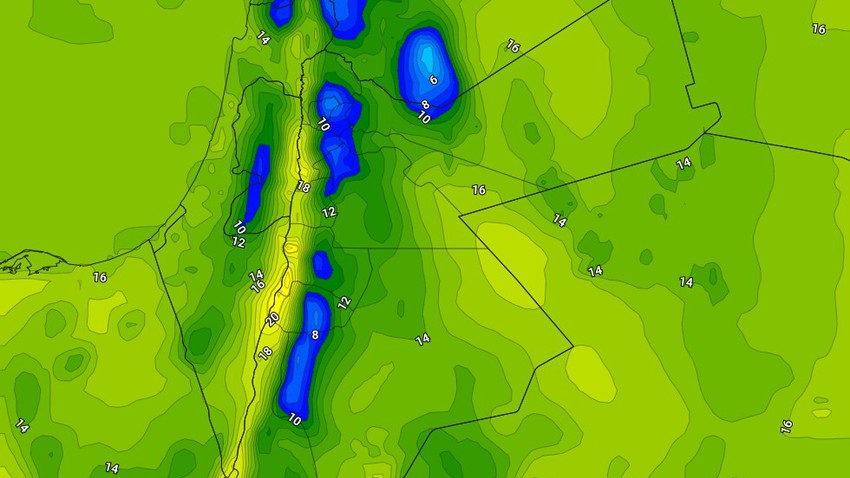 Arab weather - It is expected, God willing, that there will be a slight rise in temperatures, but they remain lower than their rates for this time of the year on Saturday, and the weather will be cold and humid in various regions of the Kingdom.

Clouds appear at medium and low altitudes, and the opportunity remains for showers of rain in parts of the north and center of the Kingdom, accompanied by the formation of fog over the high mountainous heights as a result of the low clouds crossing and touching the surface of the earth.

The wind will be westerly moderate in speed, energizing at times.

There is a clear drop in temperatures at night, and the weather is cold to very cold in various regions of the Kingdom.

Cloud quantities decrease so that the weather returns to gradual stability, and surface humidity levels rise significantly to exceed the 90% barrier, so that fog forms in several parts, especially in the eastern plains, valleys, and parts of the Badia. Horizontal vision.

The wind becomes variable direction and light speed in general.