Jordan | A slight rise in temperatures Thursday, with the weather remaining cold during the night hours ساعات 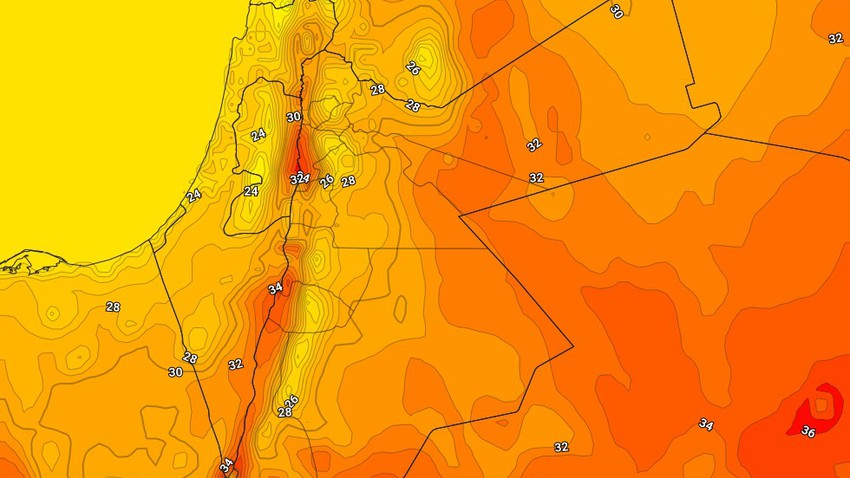 Arab weather - God willing, it is expected that the Kingdom will continue to be affected on Thursday by moderate air mass, but there will be a slight rise in temperatures, as they remain below their rates for this time of the year, and the weather will be moderate in most regions of the Kingdom, relatively hot in the Jordan Valley and the Badia regions, Temperatures in the capital, Amman, remain within the levels of twenty degrees Celsius, with the appearance of low clouds and some medium clouds.

The winds will be northwesterly moderate in speed, active during the noon and afternoon hours and be dusty in the desert and open areas.

Temperatures drop during the Thursday/Friday night hours, and the weather turns cold in general, relatively cold in the high mountainous heights during the late night, with an increase in humidity, and the winds are northwesterly moderate speed, active sometimes, especially in the southern and eastern regions.