Jordan | A state of atmospheric instability, starting from Sunday afternoon, and the chance of random thunderstorms of rain concentrated in the Badia regions 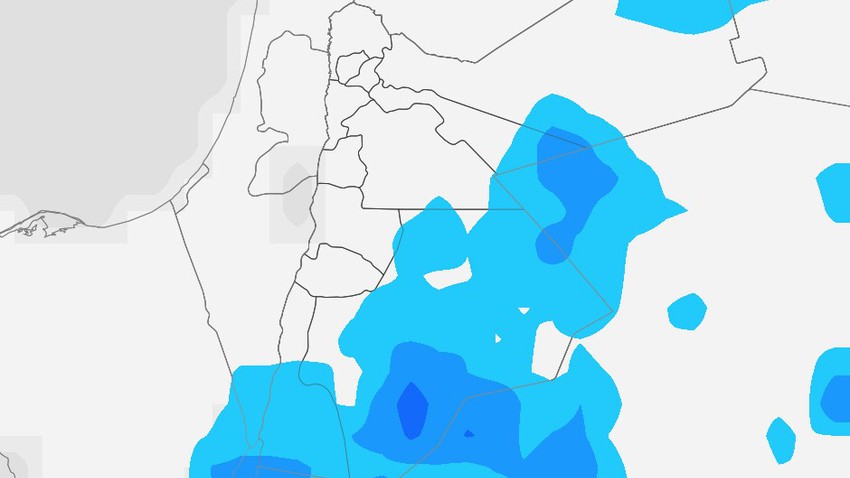 Weather of Arabia - From Sunday afternoon until Wednesday evening, the Kingdom is affected by a state of atmospheric instability, so that quantities of clouds appear at different altitudes, especially medium and high clouds, and there is an opportunity for thunderstorms of rain to fall on random areas of nature (to know the difference between the depressions. And cases of atmospheric instability, click here ), and a narrow geographical area that includes the region without the other, and is mainly concentrated in the southern and eastern Badia regions, especially with Tuesday, and the rains are of varying intensity, and are likely to be heavy in limited parts and accompanied by showers of hail.

Thunderstorm clouds are associated with the occurrence of a large activity on the speed of the surface wind (what is scientifically known as downwinds) within their range of influence, which will cause intense dust and dust excitation in desert areas and warn of the danger of a sudden decrease in the range of horizontal visibility in the range of activity and impact of thunderstorms and alerts include roads Desert window.

1 - Be aware of the danger of slipping on roads that witness showers of rain.
2- Danger of horizontal visibility due to dust in desert areas.