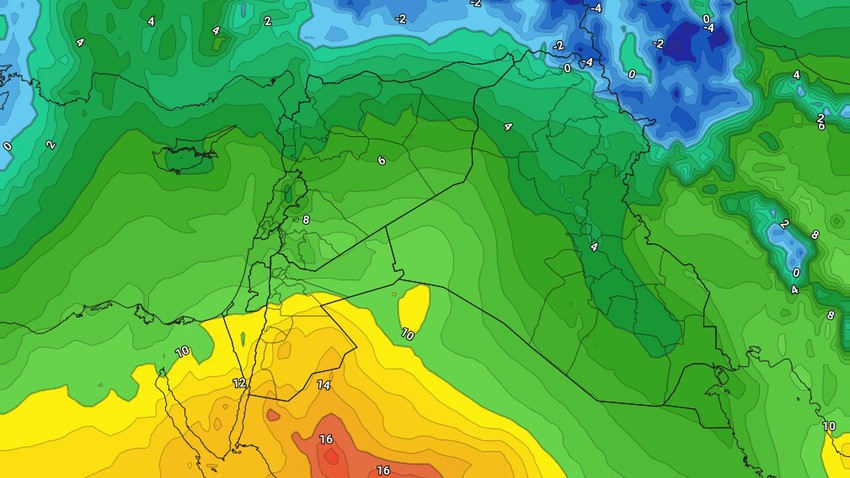 Weather of Arabia - God willing, the Kingdom is expected to cross a warm air front on Tuesday at the front of an air depression that will affect the Kingdom later, so there is another rise in temperatures to become higher than their rates for this time of the year on Tuesday, and the weather is generally less cold and sunny. Some high clouds appear over parts of the kingdom, while the weather tends to be warm in the Jordan Valley, the Dead Sea and the city of Aqaba.

The winds are variable, to southwesterly, with light speed, moderate speed, sometimes active in the eastern Badia regions.

There is an increase in nighttime temperatures compared to the previous nights, and the weather is generally relatively cold.