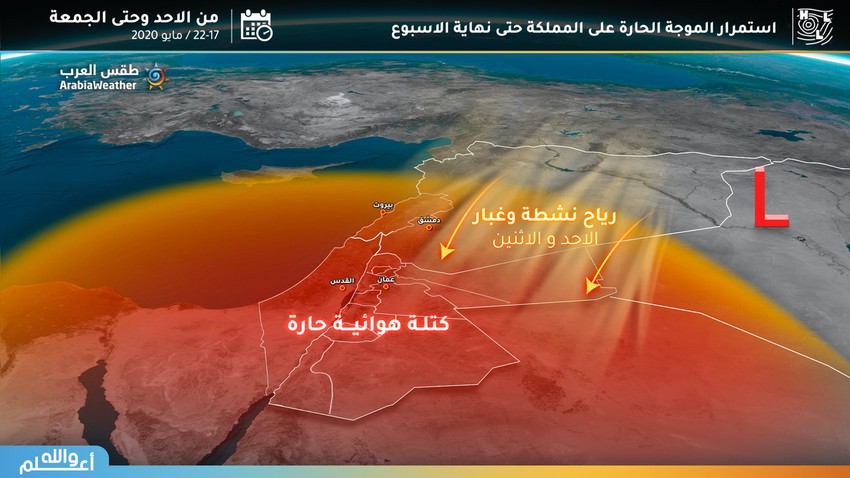 The southern region also remains under the influence of an atmosphere of instability resulting from the flow of tropical humidity in the upper and middle layers of weather. The opportunity is ripe for rain showers from Monday and Tuesday.

In conjunction with the heat wave, the eastern winds are active in all regions of the Kingdom on Monday, working to raise dust and dust and a decrease in the horizontal visibility.