Jordan | Active southeasterly winds on Tuesday, in conjunction with a further rise in temperatures 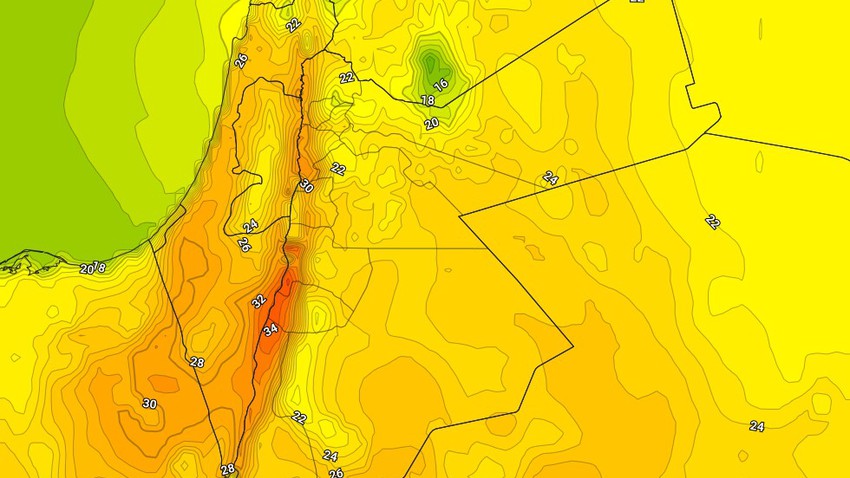 Arab weather - God willing, another rise in temperatures is expected on Tuesday to be the highest for this time of the year, and the weather will be cold during the morning hours, turning to mild in various regions of the Kingdom during the afternoon and afternoon hours, while it is warm to relatively hot in The Jordan Valley, the Dead Sea and the city of Aqaba, coinciding with the appearance of clouds at high altitudes.

Winds will be southeasterly moderate to brisk, accompanied by strong gifts over many areas that raise dust and dust, especially in the south and east of the Kingdom. .

There is a drop in temperatures at night, and the weather is relatively cold in most regions of the Kingdom, especially over the mountainous heights.

A state of atmospheric instability gradually arises, starting from the south of the Kingdom, where the amounts of medium and high clouds increase and the opportunity for showers of rain is created in separate parts of the south of the Kingdom, accompanied by the occurrence of thunder sometimes, and extends with the late hours of the night and the dawn period. Chances of thunder rain to some Eastern Badia regions.

The winds are southeasterly, moderate in speed, sometimes active in some areas, especially the eastern regions. The winds are also active locally in the south and east of the Kingdom when thunder clouds are affected.