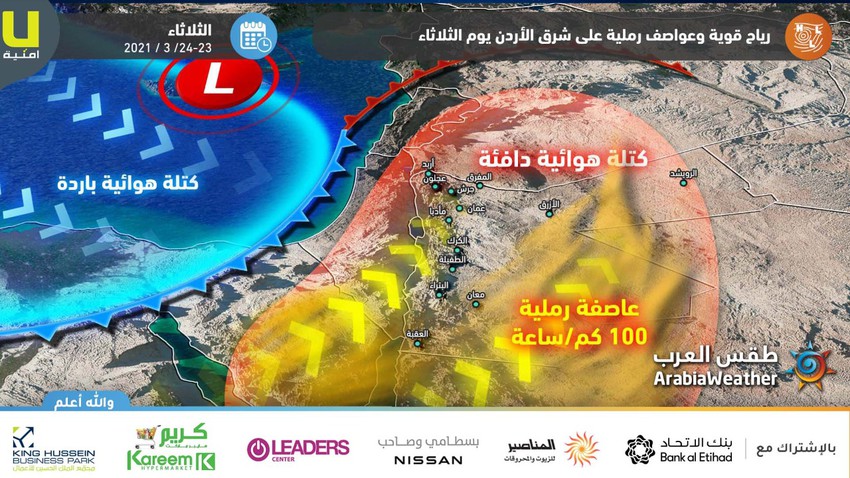 Arab Weather - The Kingdom is affected on Tuesday by a new pentathlon air depression, as temperatures increase in conjunction with activity in the speed of the southwest winds exciting dust and dust.

On Tuesday, winds blowing southwesterly brisk with strong gusts touching 100 km / hour, as these winds create strong dust waves in the south and east of the Kingdom.

A strong southern ridge blows over the Egyptian Sinai Peninsula, working to form a dust wave that will later move towards the Kingdom, and thus the weather will be dusty on Tuesday throughout the Kingdom's regions.