Jordan.. Among the top ten countries in the world in medical tourism 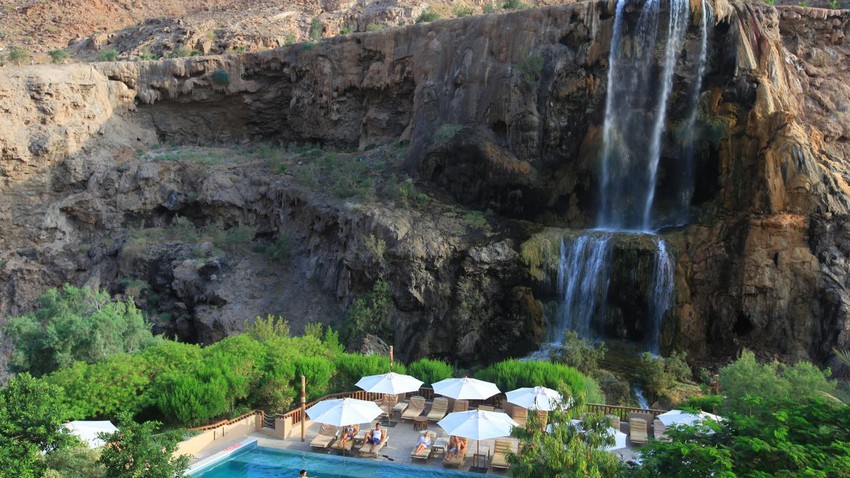 Weather of Arabia - Ali Al-Hajjaji, who is in his fifties from Yemen, tells that he chose Jordan after advice from one of his relatives to conduct comprehensive examinations in a private hospital, after suffering for a long time from respiratory diseases and a skin problem.

Al-Hajjaji says, "I heard from a cousin of mine about the development of medicine in Jordan, and that it is an Arab country, not far from us.

He asserts that the doctors in the hospital advised him to spend days in the Dead Sea, the lowest point on the surface of the earth, because of its highly salty waters and mineral-rich beaches that have the ability to cure chronic skin diseases.

Are you planning to spend a leisure trip to Jordan? Watch for details here

You may also be interested in: Secrets you do not know about the lowest region in the world - the Dead Sea

Jordan ranks first in terms of medical tourism in the Middle East and North Africa region and among the top ten countries in the world , according to the head of the Private Hospitals Association, Fawzi Al-Hammoury.

Al-Hammouri added that Jordan was witnessing severe competition in attracting medical tourism with neighboring countries such as Egypt, Tunisia and Lebanon, but after political conditions in those countries, the Kingdom maintained its position.

He points out that Turkey competes with Jordan a lot in this sector, but stresses that "we cannot compare the best due to the difference in area, population and number of hospitals between the two countries."

The number of patients who entered Jordan for treatment and hospitalization reached about 85,000 patients during the first half of this year , according to Hammouri, who confirmed that these numbers are good compared to 2020 and 2021, but less than 2019.

Hammouri added, "There is no doubt that Corona is still negatively affecting tourism in general and treatment in particular, but since the beginning of this year we have started to feel a gradual recovery."

Hammouri says that Jordan enjoys security, stability, the availability of qualified hospitals and doctors, in addition to a moderate climate and many places for recreation.

He stresses that other challenges facing this sector other than the pandemic are restricted nationalities that need prior security approvals before entering the Kingdom, "such as the Syrian, Libyan, Sudanese, and Iraqi, in addition to the Nigerian."

He points out that the Gulf market includes the largest proportion of patients who prefer treatment in Jordan, and Jordan receives about 200,000 visitors for treatment and hospitalization annually.

There are 121 hospitals in Jordan that provide services to Jordanian and non-Jordanian patients. The number of private hospitals is 71, while government hospitals are 33, and 15 are military hospitals, in addition to two university hospitals.

You may also be interested in: What makes Jordan a unique medical tourism destination?!