Jordan | Amounts of rain recorded according to Arab weather stations (from Thursday evening to Friday morning, January 13 and 14, 2022) 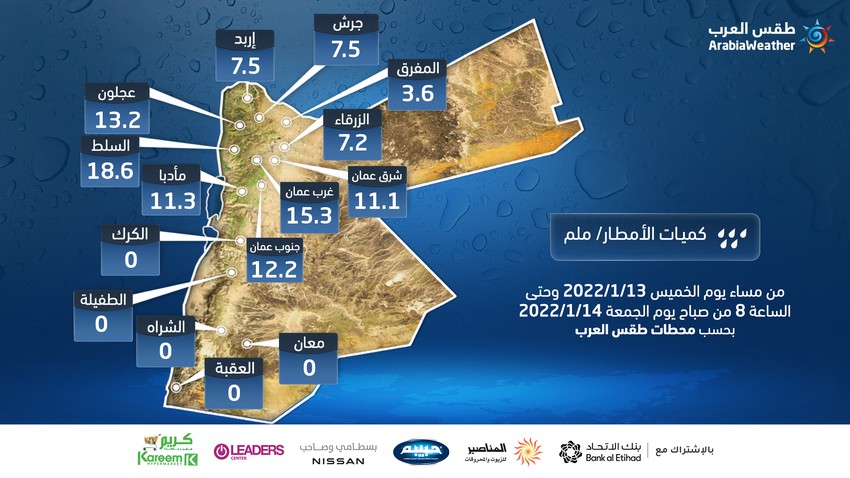 Arab Weather - The Kingdom of Jordan is affected by a second-class air depression according to the intensity scale of air depressions in the Arab Weather Center, where the effects of the air depression began with the evening hours of Thursday 13/1/2022 and the Kingdom gradually crossed a cold air front, after which temperatures decreased significantly And the weather gradually turned to cold, cloudy and rainy, especially in the north and center of the Kingdom. 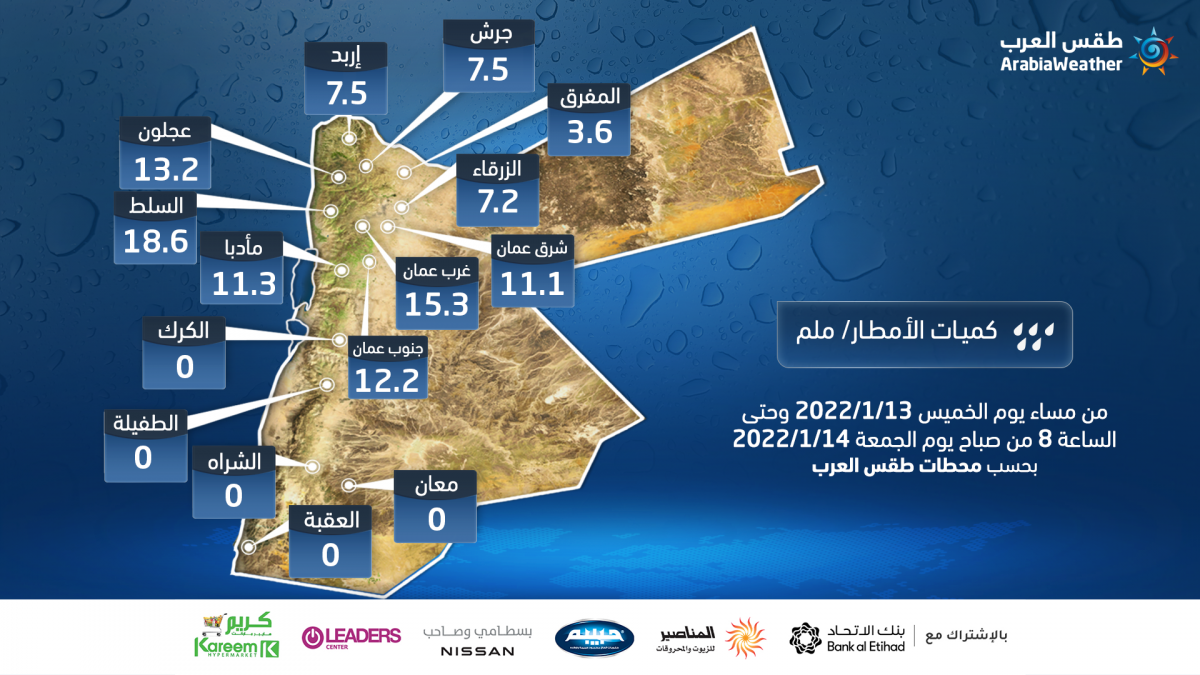