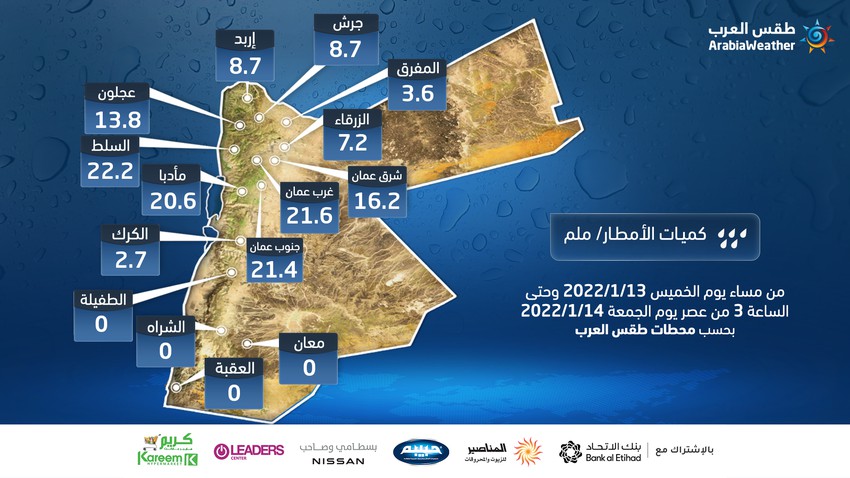 Weather of Arabia - The Kingdom is still under the influence of the second-class atmospheric depression, which began its effects on Thursday evening 13/1/2022, and this air depression was accompanied by rainfall in various regions of the north and center of the Kingdom with varying severity, which was heavy at times and accompanied by foggy weather. 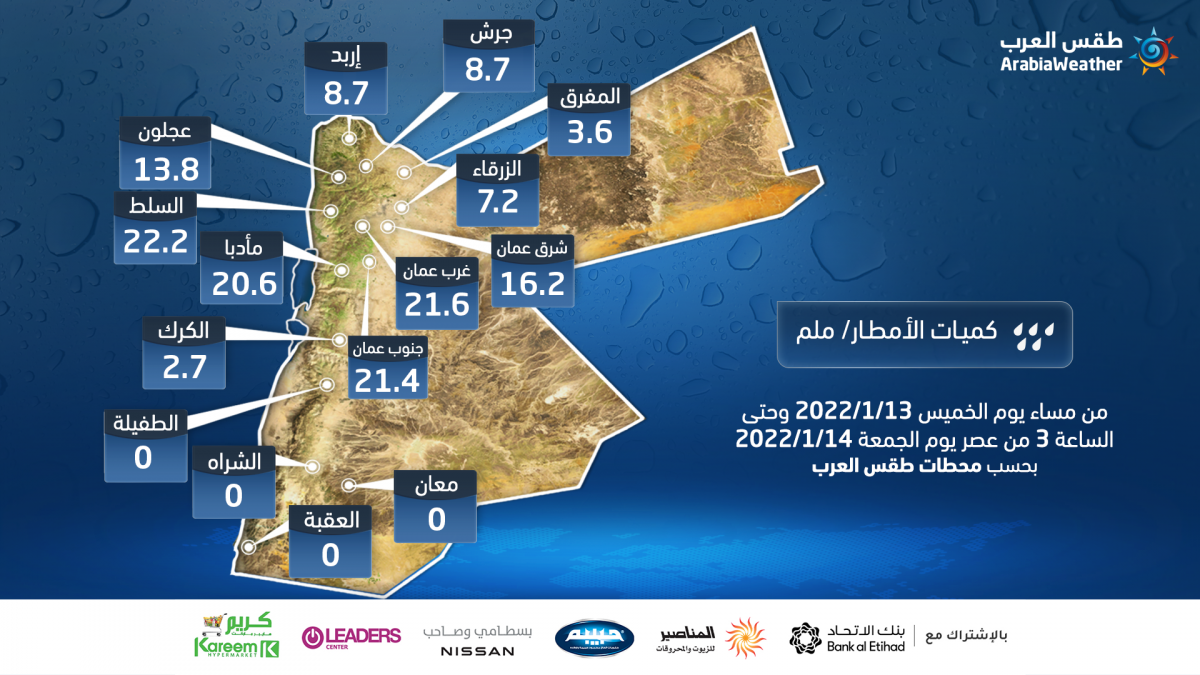 As for the weather forecast for the coming hours of the evening of Friday 14/1/2022, it is expected that there will be a further decrease in temperatures and that the weather will be cold and cloudy in most areas, and later turns into very cold in the high mountainous heights.

It is expected that rain will continue, God willing, at intervals in the north of the Kingdom and parts of the central regions, accompanied by hail falling sometimes, especially over the highlands. Snow showers (often light) are likely to fall over some Al Sharah heights in the south of the Kingdom. Low clouds touching the surface of the earth cross the high mountainous terrain, causing fog to form. As for the winds, they will continue southwesterly to northwesterly, moderate to brisk.