Jordan: An accelerated drop in temperatures in the northern and central highlands, and the formation of freezing conditions begins 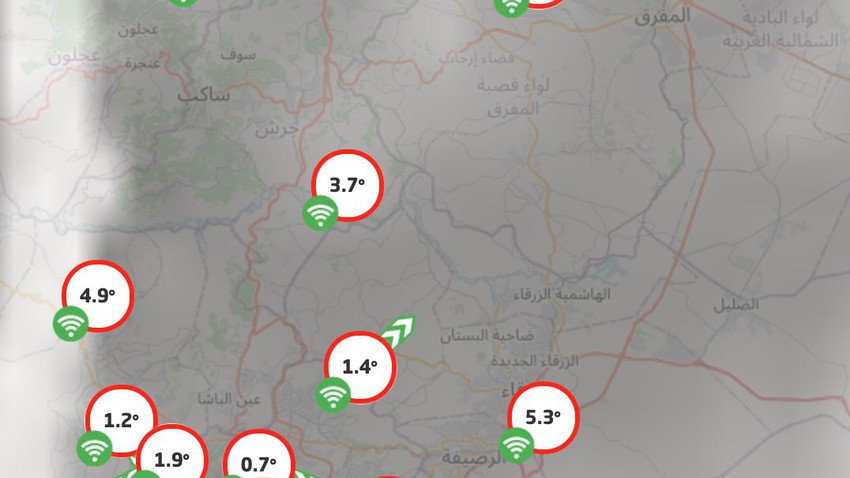 Arab weather - Arab weather monitoring stations are now recording a rapid drop in temperatures, especially over the northern and central highlands. Where the temperature is now recorded in Ajloun -0.1 and in the upper west of the capital 0.8, it can be recorded in Balqaa one degree Celsius, and in Rajm Al-Shouf in Zarqa 1.4 and in Fuheis 1.5.

And with the temperature reaching these levels, freezing has begun in these areas, which poses a danger to pedestrians on the roads.

Temperatures also continue to drop in other areas of the capital, Amman, and the central regions, where they are currently recording only two degrees Celsius.

Tonight and tomorrow morning, it is advised to be very careful due to the formation of ice on several roads in the Kingdom, including external and internal roads, and to pay attention to the drop in temperatures to less than zero degrees Celsius. Ice wave to some areas of the agua and it is advised to observe the safe use of heating methods.