Jordan | An additional rise in temperatures to become around their rates, with southwesterly winds blowing Tuesday 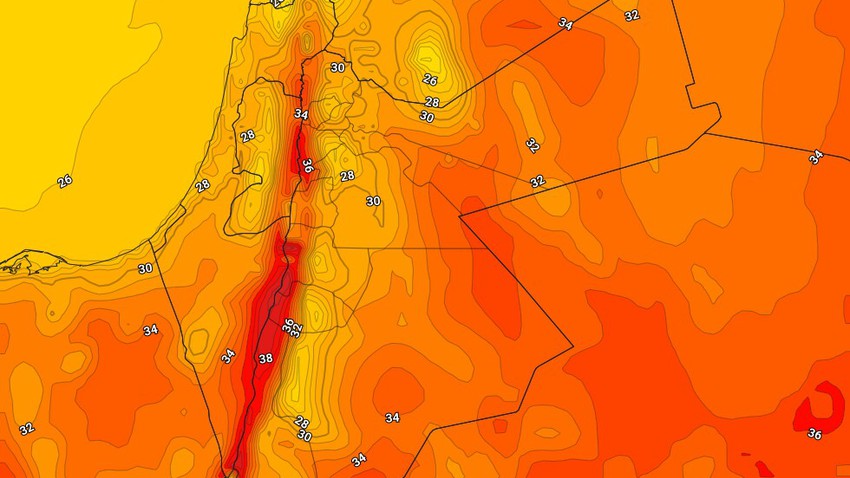 Arab weather - God willing, it is expected that more temperatures will rise on Tuesday to become around their averages for this time of the year, and the weather will be normal summer in most regions of the Kingdom, hot and hot in the Jordan Valley, the Dead Sea and the city of Aqaba, in addition to parts of the Badia.

Some clouds appear at low and medium altitudes, especially in the northern and eastern regions.

There is a slight decrease in night temperatures compared to the previous night, and the weather is pleasant in the early hours of the night, tending to be cold in the mountains and plains during the late night hours.

There is a significant increase in the surface moisture levels, and medium and low clouds continue to appear, working to form fog in the high mountainous heights from the north, central or even the south of the Kingdom, and the chances of fog forming include the eastern plains, especially the Hauran Plain, especially during the late night hours and early morning, and alerts of danger Decreased horizontal vision.

The winds will be northwesterly to variable direction, light to moderate in speed, sometimes active in limited parts.