Jordan: An air depression classified in the second degree, associated with a cold air mass, affects the kingdom at the end of the week and brings rain to various regions (details) 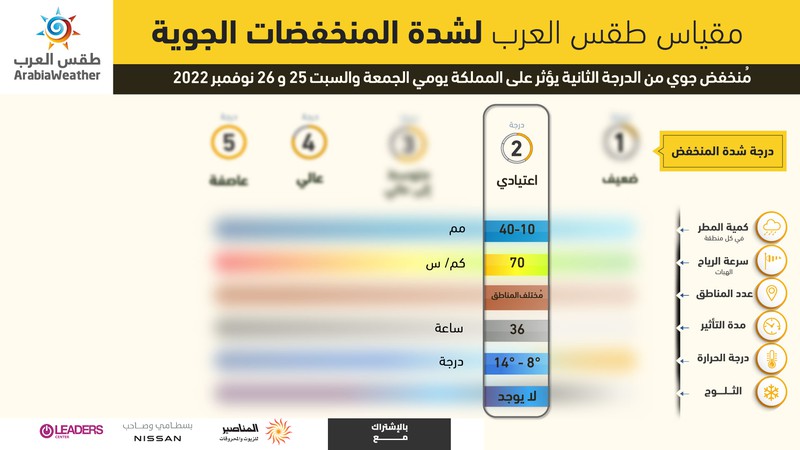 Weather of Arabia - The latest readings of weather maps received by the Arab Weather Operations Department indicate that an air depression is classified as a second degree (normal degree) according to the innovative scale of depressions from Arab Weather, which consists of five degrees (the highest is the intensity of the fifth degree and the weakest is the first degree ) is expected to affect the Kingdom this weekend and is accompanied by a cold air mass coming from the eastern European continent. 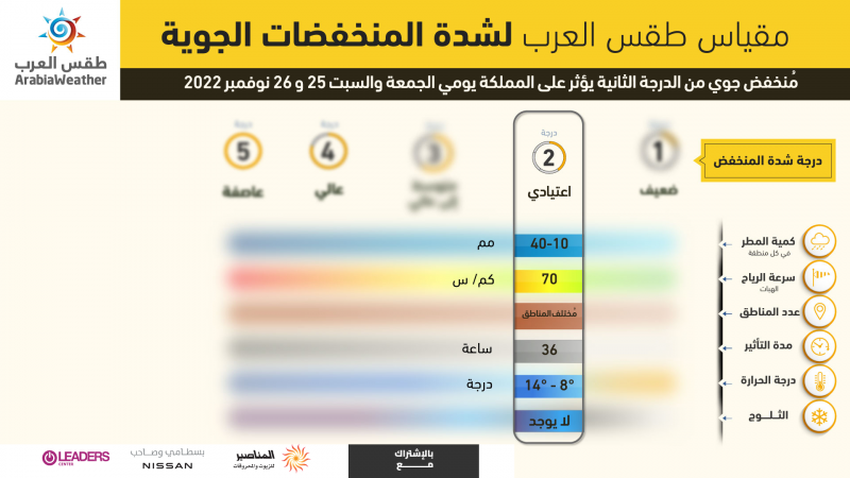 And in the details, it is expected that Jordan will be affected on Thursday by the introduction of the depression, which is superficially concentrated in the south of the Turkish lands, and this introduction will lead to the multiplication of clouds at different altitudes, and therefore random showers of rain are expected in parts of the north, center and east of the Kingdom, which may It is sometimes heavy and accompanied by the occurrence of thunder, as there is a drop in temperatures and the wind speed gradually activates, and relatively cold weather prevails in general in most regions.

It is expected that the actual effect of the above-mentioned depression will start on Friday, which is accompanied by a cold air mass in all layers of the atmosphere, so that temperatures will drop further and compared to what was the case on Thursday, and it is expected, God willing, that rain will fall at intervals in large areas of The Kingdom will be accompanied by showers of hail, with a significant increase in wind speed activity, so that on Friday the winds will be active and sometimes accompanied by strong gusts, raising dust and perhaps sandstorms in the desert regions of the south and east of the Kingdom. It is expected that the depression will bring good amounts of rain in the northern and central regions of the Kingdom, which may also lead to runoff of valleys and reefs, in addition to a rise in the water level in some areas.

And the air depression moves gradually on Saturday, away from the Kingdom, and yet the Kingdom lives in a cold and often cloudy atmosphere in many regions, with the opportunity remaining available for rain, especially in the north and center of the Kingdom, and the winds are southwesterly brisk, accompanied by strong gusts. in some areas.