Arab Weather - The latest output of the numerical weather models processed by the Air Operations Department of the Arab Weather Company, indicates that the Kingdom is affected by an air mass with lower temperatures than usual, bringing with it radical and tangible changes to the atmosphere. the details

The beginning of the Kingdom being affected by an air mass with lower than normal temperatures, as of Wednesday evening

The Kingdom’s impact on the air mass begins gradually on Wednesday, especially in the evening hours, so that the temperatures drop to return to their rates for this time of the year, and the weather is moderate in the mountainous heights, hot in the Jordan Valley, the Dead Sea and the city of Aqaba, with the appearance of some low clouds and medium clouds over parts from the kingdom. 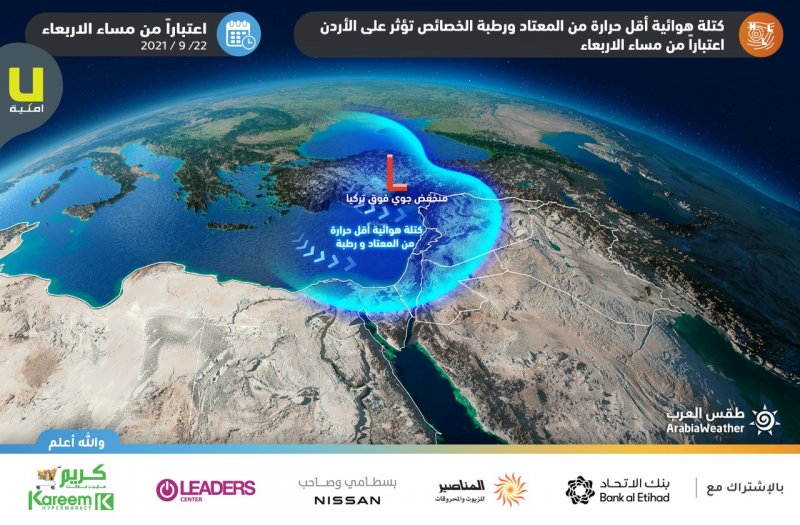 The effect of the air mass increases with lower temperatures than usual and reaches its peak on Friday, so that the temperatures drop further, to be much lower than their rates for this time, and the weather is humid and pleasant autumnal to cold over the high mountainous heights, relatively hot in the Jordan Valley , the Dead Sea, Aqaba, and the Badia regions. 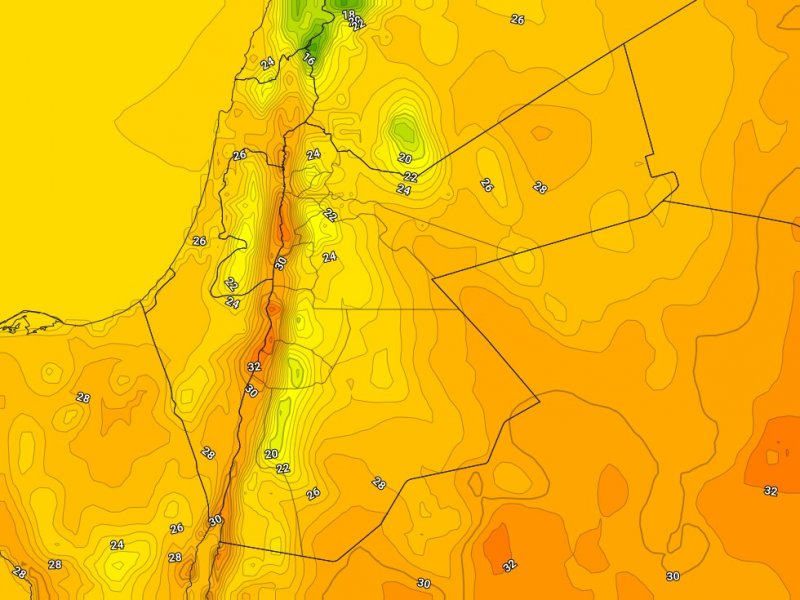 Temperatures will be at the beginning of the 20th in the capital, Amman, and in many major cities, especially the mountainous ones, and shifted to below 20 degrees in the Sharah Mountains and the southern high mountainous highlands, with the appearance of quantities of low clouds, especially in the early morning hours.

It is expected, God willing, that night temperatures will drop sequentially as of Wednesday/Thursday night, so that the weather tends to get cold in the mountains and plains during the late night hours, and there will be an increase in humidity and low clouds are formed, working to form fog in parts of the mountainous heights and the eastern plains.

Night temperatures decrease on Thursday/Friday night, especially Saturday/Sunday night, so that the weather is cooler than it is used to in most regions of the Kingdom, especially the high mountainous heights, and humidity levels rise significantly, with the appearance of large amounts of low clouds, and fog formation Dense over the high mountainous elevations and the eastern plains.

A chance of scattered showers of rain in the north and center of the Kingdom, in addition to the Sharah Mountains

The outputs of the numerical weather models and as a result of the increase in the density of low clouds in the atmosphere indicate that there is a possibility of scattered showers of rain in parts of the north and center of the Kingdom, all the way to parts of the peaks of the Shara Mountains, starting from the late night hours of Thursday/Friday night and the dawn of Friday, Until the daylight hours on Friday, the first chances of rain are expected for the current autumn season. 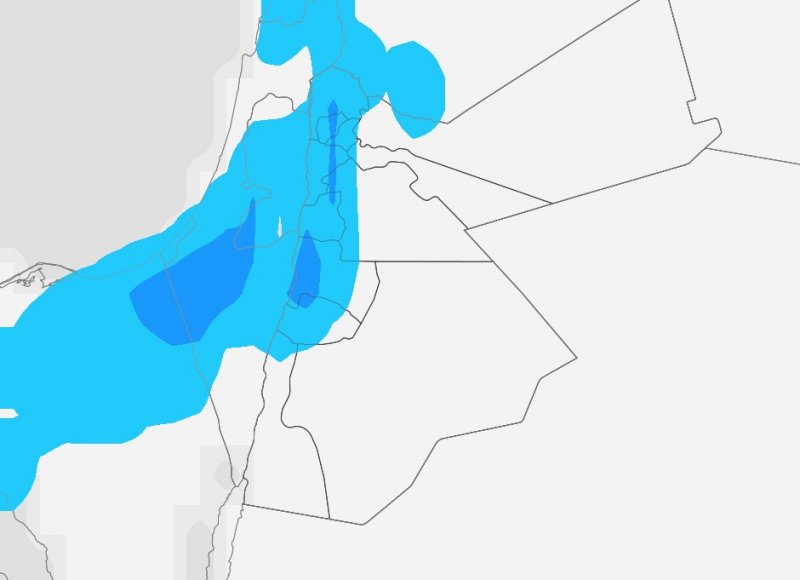 Active winds accompanied by strong gusts on Wednesday and Thursday

Westerly to northwesterly moderate winds of active speed will blow over the Kingdom on Wednesday and Thursday, especially on Thursday. Active winds are accompanied by strong gusts that touch the 60 km/hour barrier over some regions of the Kingdom, causing dust and dust in desert and open areas.