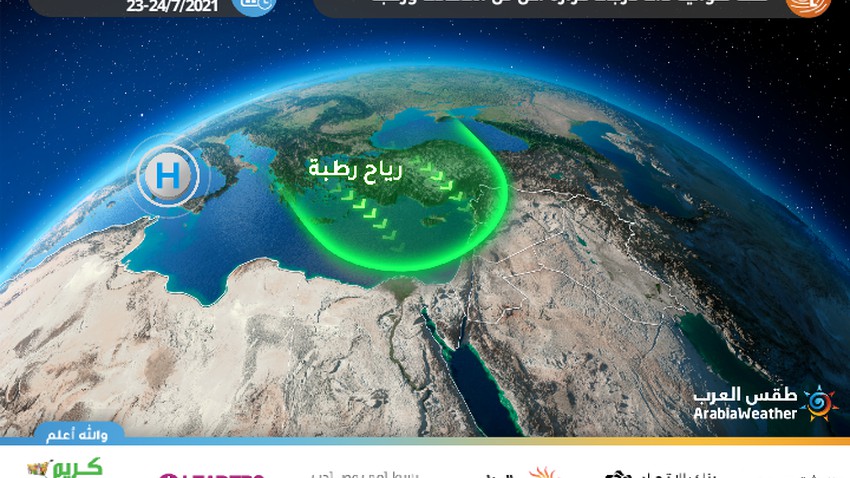 Weather of Arabia - God willing, it is expected that the Kingdom will be affected on Friday by an air mass with temperatures lower than average, and more humid, so that there is a decrease in temperatures on Friday to be lower than their rates for this time of the year, and the weather will be moderate in summer in the mountainous heights and major cities And hot to very hot in the Jordan Valley, Aqaba and the Badia regions, with the appearance of quantities of low clouds and some medium clouds. 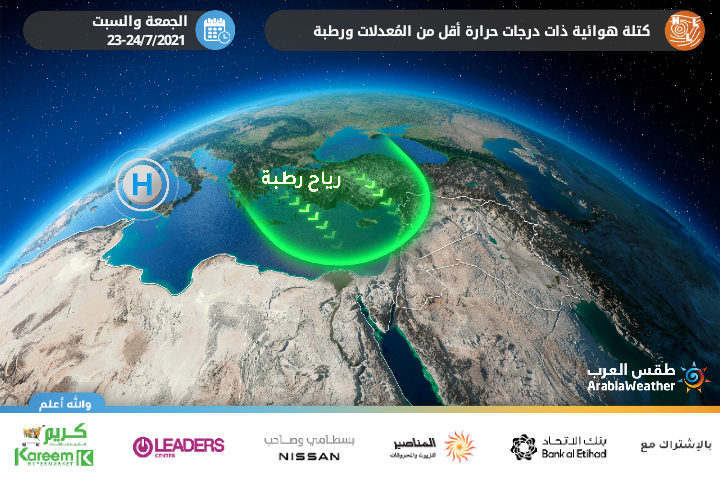 The effect of the wet air mass on the Kingdom deepens on Saturday, so that there is another decrease in temperatures to be several degrees lower than their normal rates, and the weather will be moderate in the mountainous heights and major cities, and hot in the Jordan Valley and the Badia regions, and the weather will be partly cloudy over different regions of the Kingdom , with clouds and clouds at low and medium altitudes, especially in the northern regions.

According to the latest updates of the outputs of the received numerical models, it is expected that the quantity and density of clouds accompanying the air mass affecting the Kingdom will increase during the end of the week, and as a result of the increase in the proportion of clouds in the atmosphere, especially low clouds, there is a “low probability” of some light rain, which is often in the form of drizzle if It occurred in limited areas of the Kingdom, especially in the northern regions, in the late night hours of Friday / Saturday night, and perhaps Saturday morning.

It is expected, God willing, that moderately westerly to northwesterly winds will blow during the weekend, and the winds will gradually become active during the day to be accompanied by strong gusts at times in some areas, causing limited dust and dust in the desert and open areas.

With the decrease in temperatures during the daylight hours, it is expected that there will be a change in the temperatures in the night hours during the weekend nights, so that the night temperatures will decrease, and the weather will be pleasant to cold in general, especially above the mountainous heights, coinciding with a significant increase in humidity. The appearance of low clouds, and the possible formation of fog over the peaks of mountainous heights as a result of the crossing of low clouds touching the surface of the earth.

For more of the details download the application of weather Arabs .