Jordan | An expected drop in temperatures to become lower than their averages as of Tuesday, with nights tending to be cold in some areas. 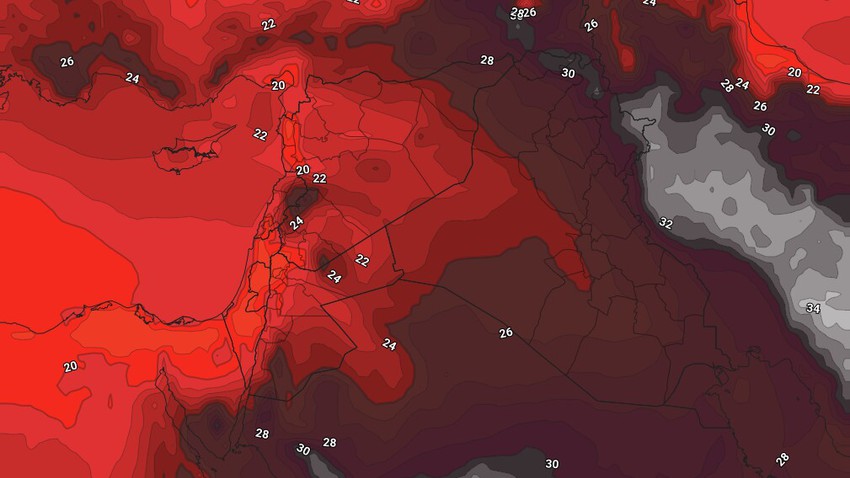 Arab weather - the latest updates of the numerical model outputs indicate a decrease in temperatures from Tuesday until Thursday, so that the temperatures become slightly lower than their averages for this time of the year, and the weather is normal summer in general, hot in the Jordan Valley, the Dead Sea and Aqaba In addition to the desert areas.

With the spread and emergence of clouds at medium and low altitudes, especially in the northern regions of the Kingdom, in conjunction with the continuation of moderate-speed northwest to western winds, sometimes active and working to raise dust and light dust in the desert areas.

Cool nights over some areas 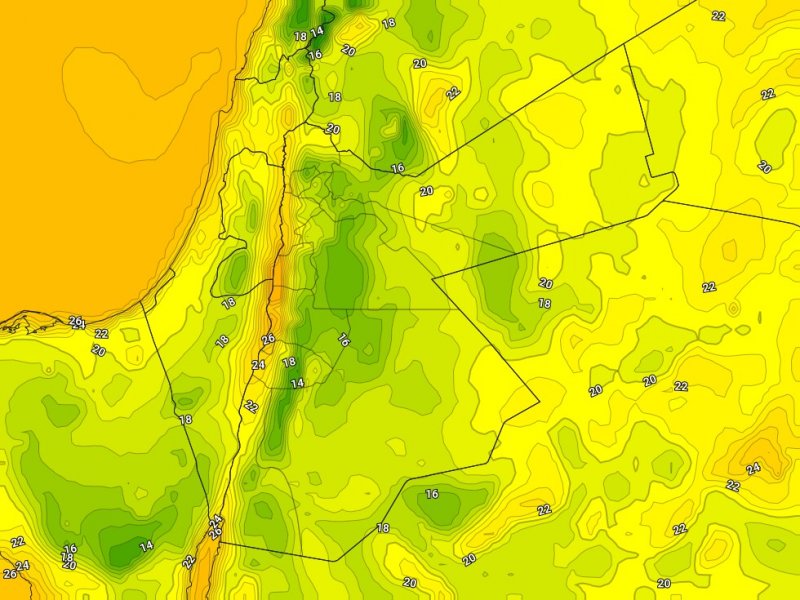 God willing, night temperatures are expected to decrease, and the weather will be pleasant to moderate over all regions of the Kingdom, and the weather tends to be cold over parts of the mountainous heights and plain areas during the late night hours and dawn.

Coinciding with a significant increase in humidity, low clouds are formed, with the possibility of fog forming in parts of the Kingdom, especially the northern ones, God willing.