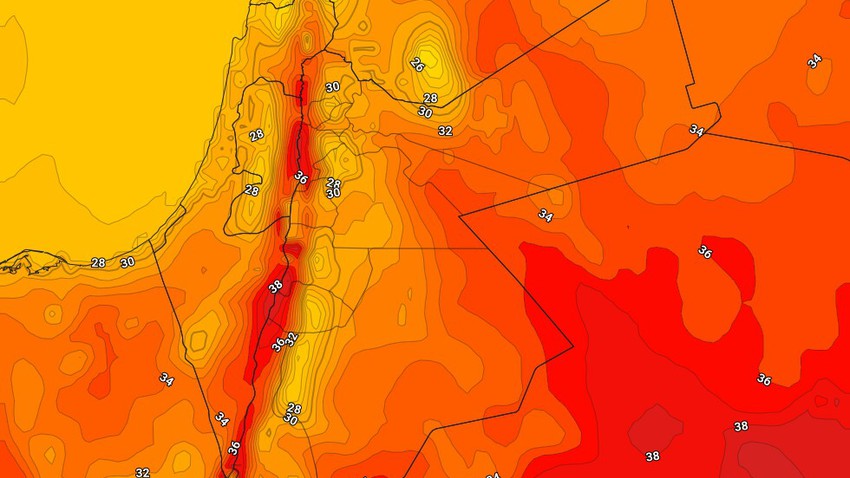 Arab weather - God willing, it is expected that there will be a decrease in temperatures on Wednesday, which is with the first days of the autumn season, astronomically ( more about that from here ) so that the temperatures become lower than their averages for this time of the year, and mild autumn weather prevails in the mountainous heights, hot in The Jordan Valley, the Dead Sea and the city of Aqaba, with the appearance of clouds at low and medium heights over some areas.

Winds will be northwesterly to northwesterly, moderate in speed, active in the noon and afternoon hours, and they are accompanied by strong flashes in some areas, which lead to raising dust, especially in desert areas.

There is a decrease in night temperatures compared to the previous nights, and the weather will be pleasant in most regions of the Kingdom, warm in the Jordan Valley, the Dead Sea and the city of Aqaba, tending to cold at late night hours over the mountainous heights and the plain areas.

Surface humidity levels rise and low clouds appear, with an opportunity for fog to form at late night hours in parts of the mountainous heights and the plains.

Winds will be northwesterly moderate in speed, sometimes active over some areas, especially in the mountainous highlands and eastern regions.