Jordan | An extension of a late air depression affecting the Kingdom on Friday, accompanied by opportunities for rain, especially in the north, and a recommendation to stay away from the valleys in the north 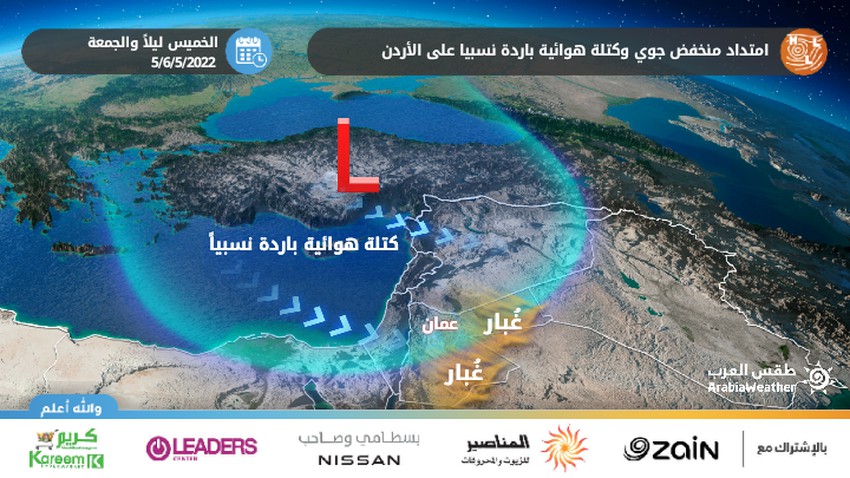 Arab Weather - The weather maps in the Arab Weather Center indicate that the Kingdom is gradually affected with the late night hours of Thursday / Friday night, with an extension of an air depression and a relatively cold air mass, where the weather is cold, humid and cloudy, and the opportunity is ripe for scattered showers in parts of Irbid and the far north Northern Valleys.

The effect of the relatively cold air mass increased on Friday, and the chances of rain include the center of the Kingdom

On Friday, the weather will be cold to relatively cold in various regions, and warm in the Jordan Valley, the Dead Sea and Aqaba on Friday.

In some northern areas, including the northern Jordan Valley, these showers are heavy in some areas randomly, which may lead to the flow of valleys and reefs and may form torrents, so it is advised to stay completely away from valleys and low areas in all areas. Northern regions of the Kingdom during the hours of Friday morning and noon.

Coinciding with the impact of an air depression on Jordan... Learn about the best areas for hiking in the south of the Kingdom on Friday