Jordan | Another drop in temperatures on Wednesday, coinciding with the beginning of summer in meteorology 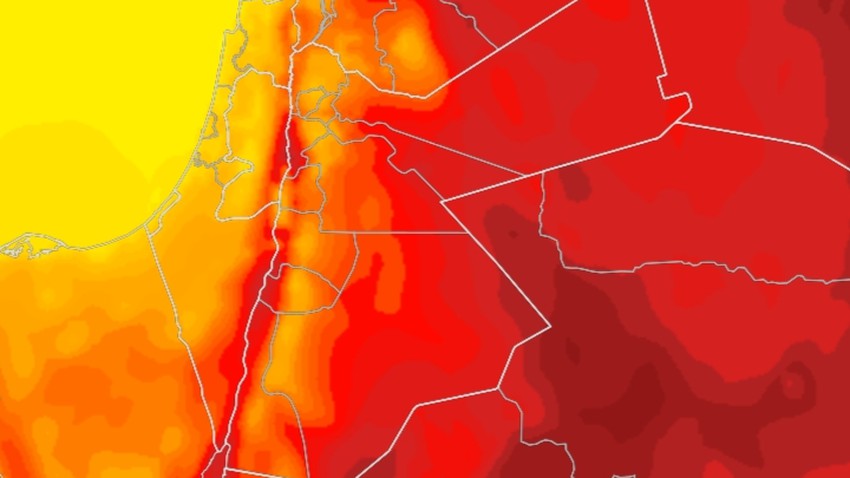 Arab weather - God willing, it is expected that there will be a further decrease in temperatures on Wednesday, coinciding with the beginning of the summer in terms of meteorology, but it remains at its highest rates for this time of the year a little, and the weather will be relatively hot during the noon and afternoon hours in the mountainous heights and hot in The rest of the regions, while it is very hot in the east of the Kingdom, the Jordan Valley, the Dead Sea and the city of Aqaba.

Maximum temperatures are in the early thirties in major cities, including the capital, Amman, and may exceed that in some cities and neighborhoods, while they are around the forties, in the Jordan Valley and the Dead Sea in the city of Aqaba and the Badia regions.

The wind will be northwesterly moderate in speed, active at times during the afternoon and evening hours, and it raises dust and dust in the desert areas.

Night temperatures tend to decrease compared to previous nights, and the weather is moderate in the late night hours in various western regions of the Kingdom, especially the mountainous heights and the plain areas, while it is hot in the Jordan Valley, the Dead Sea, the city of Aqaba and the Badia regions.

Surface humidity levels are also rising in the north of the Kingdom, and low clouds gradually appear.

Winds will be northwesterly to northeasterly, moderate in speed, energizing at times and accompanied by strong gusts in the south and east of the Kingdom, working to raise dust and dust in those areas.