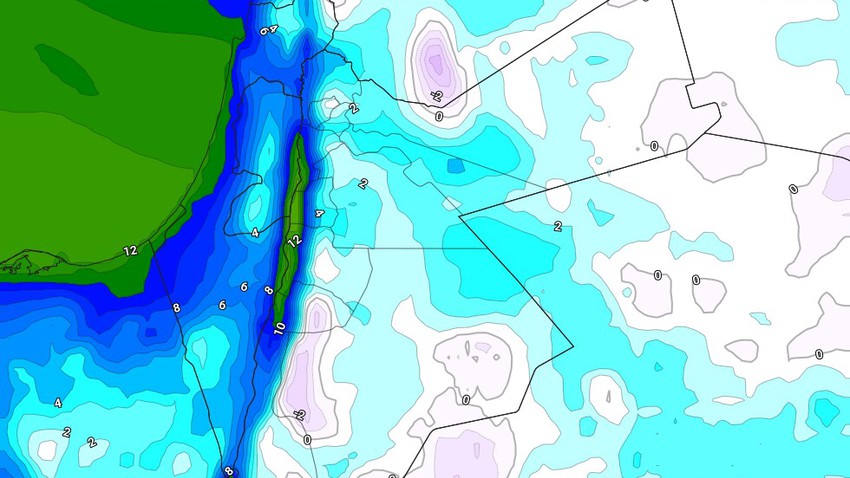 Arab weather - With the Kingdom affected on Friday by a very cold air mass, it is expected, God willing, that temperatures will drop sharply so that the maximum temperatures in the capital Amman will be around 5 degrees Celsius, and thus be lower than their rates for this time of the year by about 12 degrees Celsius.

With Friday/Saturday night, temperatures are expected to be around below zero degrees Celsius in many mountainous heights, especially the southern ones, in addition to the southern and eastern Badia regions, amid very cold weather, and freezing is not ruled out in those areas.

A slight rise in temperatures on Saturday, but it remains within the winter levels

Zero temperature prevails in many areas on Saturday/Sunday night

With the deepening of the influence of the very cold polar winds on Saturday/Sunday night, it is expected that zero temperatures will permeate large areas of the Kingdom, including the capital Amman, and may be below zero Celsius in the mountainous heights, valleys and the Badia, with a high chance of frost occurring in large areas.

Therefore, the Arab Weather website advises farmers and livestock breeders to pay attention and take the necessary precautions to deal with the expected low temperatures in the Kingdom, God willing.