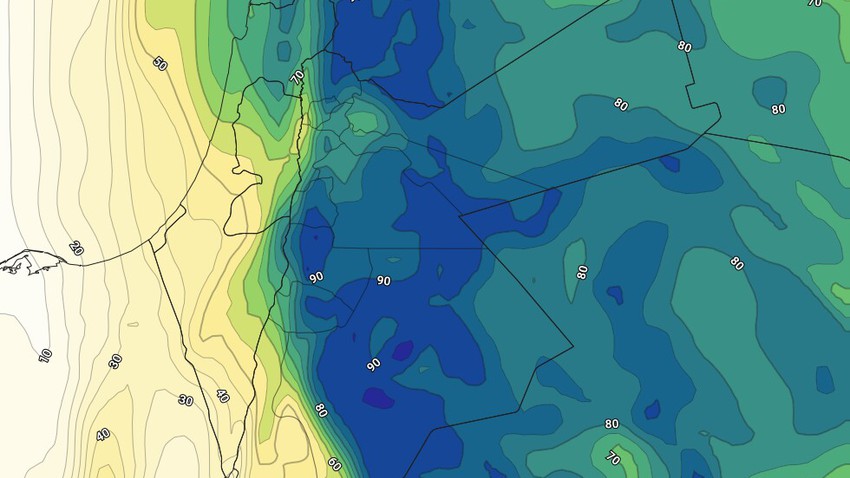 Arab Weather - The latest outputs of the numerical models operated by the Air Operations Department of the Arab Weather Company indicate the continuation of the flow of clouds at medium and high altitudes during the coming hours and the night of Friday / Saturday.

As a result, the opportunity remains for local showers of rain in parts of the southern regions, which may be accompanied by thunder sometimes, and thunder clouds, if they form actively, at the speed of winds that raise dust and dust.

What is the scientific reason for thunderstorms in the south of the Kingdom today?

Many people wonder about the cause of thunderstorms in the south of the Kingdom in August, and this is due to a superficial extension of India's seasonal thermal depression, which caused the emergence of the heat wave, and worked to rush amounts of moisture through the middle and high layers of the atmosphere, coinciding with the high temperatures Which led to the presence of rising air currents that caused condensation and the formation of thunder clouds, and the mountainous heights in the south of the Kingdom contributed to an increase in the flow of warm and rising air currents towards the atmosphere.

The rains that occur in the south of the Kingdom for the month of August are rare, but they are repeated from year to year, and they occurred in previous years.