Jordan | Coinciding with the beginning of summer, an astronomical moderate air mass Tuesday and the need to wear a light coat at night 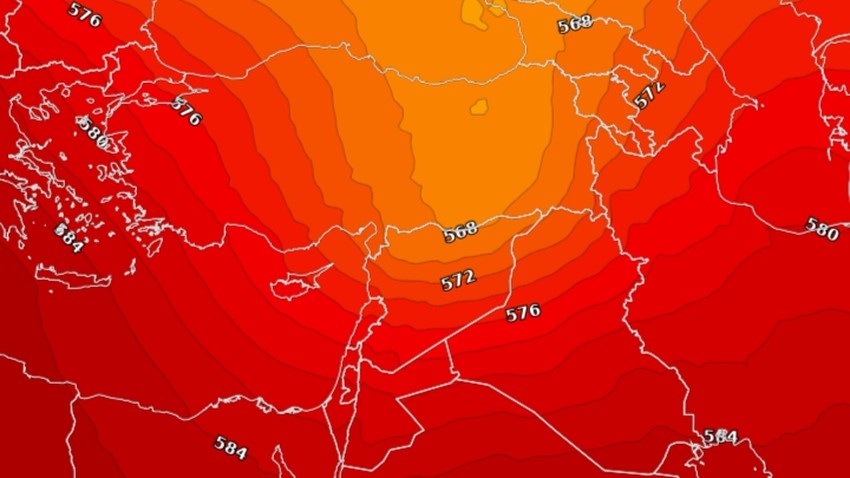 Weather of Arabia - God willing, it is expected that the Kingdom will be affected by the moderate air mass on Tuesday, which coincides with the beginning of the summer season from an astronomical point of view, so there is another drop in temperatures to be lower than their rates for this time of the year, and the weather tends to be cold in the morning, becoming summer Temperate during the noon and afternoon hours in the mountainous heights and western regions, while it is relatively hot in the east of the Kingdom, the Jordan Valley, the Dead Sea, and the city of Aqaba.

Maximum temperatures are around the mid-twenties Celsius in major cities, including the capital Amman, and may exceed that in some cities and neighborhoods, while they are between the early and mid-thirties Celsius in the Jordan Valley and the Dead Sea in the city of Aqaba and the eastern regions.

Winds will be northwesterly moderate in speed, gradually becoming active, especially during daylight hours, and they are accompanied by strong gusts that exceed the 60 km/km barrier sometimes and work to raise dust and dust in the eastern regions, and may form dust waves in the eastern Badia regions.

There is another decrease in night temperatures compared to the previous nights, and the weather will be pleasant in various regions of the Kingdom during the early hours of the night, but it will tend to cool gradually over time and become, with the late night hours and dawn, relatively cold in the high mountainous heights and the eastern plains areas.

There is also a noticeable rise in surface humidity levels to exceed 90%, and quantities of low clouds will gradually appear, which will work on fog in late times of the night over the high mountainous heights, especially the northern and southern, and there is a weak possibility of rain spray in limited areas after midnight.

The winds will be northwesterly moderate in speed, energizing at times and causing dust and dust in the eastern regions.