Jordan | Cold nights when time is late and humidity is high, starting from Sunday 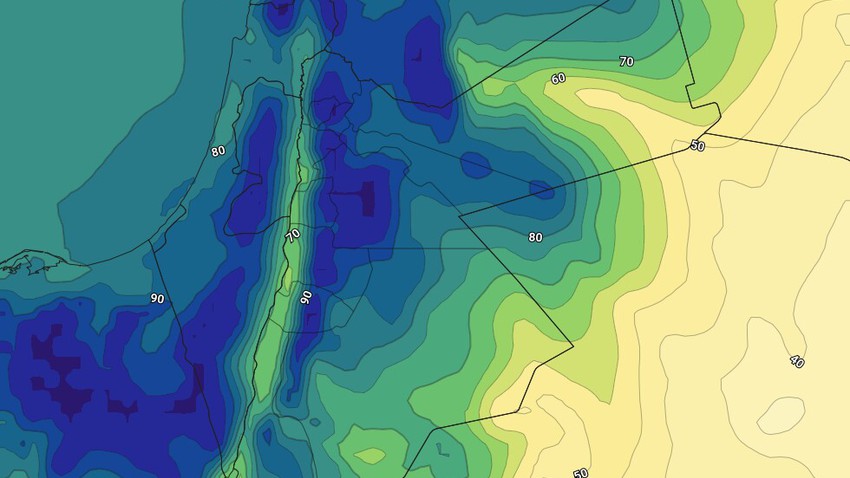 Arab weather - the latest outputs of the numerical models indicate a significant decrease in night temperatures from Sunday night / Monday until the middle of the week, and the weather will be nice and refreshing in various regions of the Kingdom during the early hours of the night, but it will tend to be cold at late night hours and dawn, especially in High mountainous elevations and eastern plains regions.

There is a noticeable rise in the surface humidity levels to exceed the 90% barrier during the coming nights, and quantities of low clouds will spread, which may lead to the formation of fog over some high mountainous heights, especially in the north of the Kingdom.