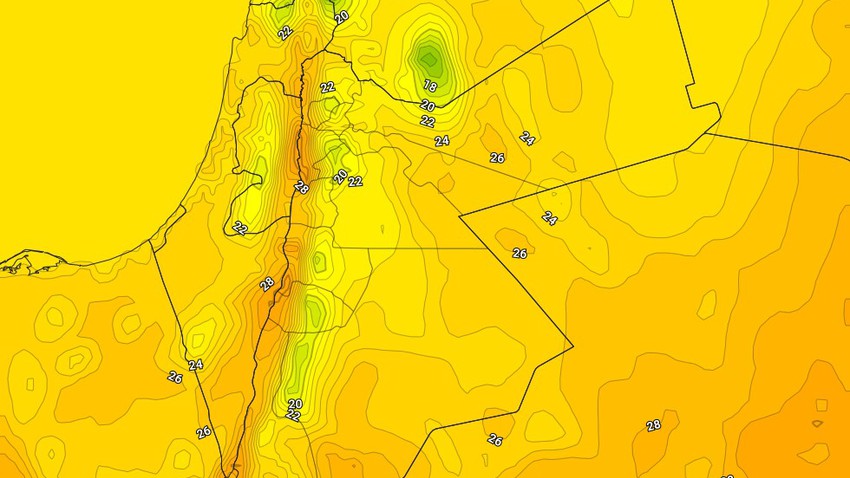 Arab weather - God willing, the Kingdom is expected to continue on Tuesday with a wet and cold autumnal air mass, so temperatures remain several degrees lower than their averages for this time of the year, and the weather is humid and cold in many areas, especially in the mountainous heights, moderate in The rest of the areas, including the Jordan Valley, the Dead Sea and the city of Aqaba.

With the appearance of quantities of low and medium clouds, especially in the northern regions, where the weather is partly cloudy to cloudy sometimes in some areas, and there is a weak possibility of local showers of rain in parts of the northern regions.

Winds will be northwesterly moderate, energizing at times and causing dust in desert areas during the afternoon and afternoon hours.

Relatively cold to cold at night

In conjunction with a noticeable increase in surface humidity, with the formation of fog during the late night hours and early morning over the mountainous heights and eastern plains, and it is not excluded that the fog is sometimes thick, causing a decrease in the horizontal visibility.

Winds will be northwesterly, light to moderate, sometimes active over some areas.