Jordan | Cool, foggy nights over the high mountain peaks during the weekend 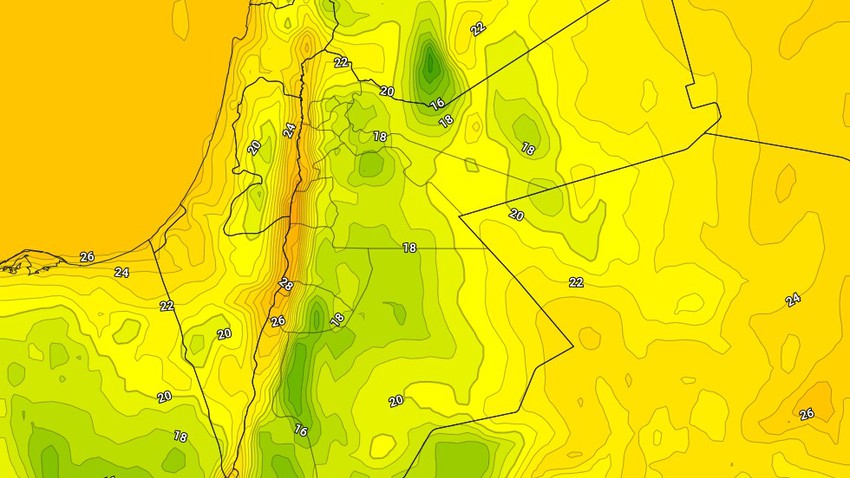 Arab weather - the last numerical outputs received indicate that the Kingdom is affected by an air mass with temperatures lower than its average and humid ( follow the details from here ), and as a result, temperatures drop during the hours of Friday night / Saturday, and Saturday / Sunday night, and the weather is pleasant to cold above Most regions of the Kingdom, with the exception of the Jordan Valley and the Dead Sea, which requires wearing a light coat to sit outside during the late night hours, especially for residents of high mountainous heights.

Expected fog over the tops of the mountainous heights

It is expected, God willing, that a significant increase in surface moisture levels, and the appearance of low clouds in the atmosphere during the nights of the week, so that fog is likely to form over the tops of high mountain heights during the late night hours and dawn, as a result of the low clouds crossing and touching the surface of the earth.