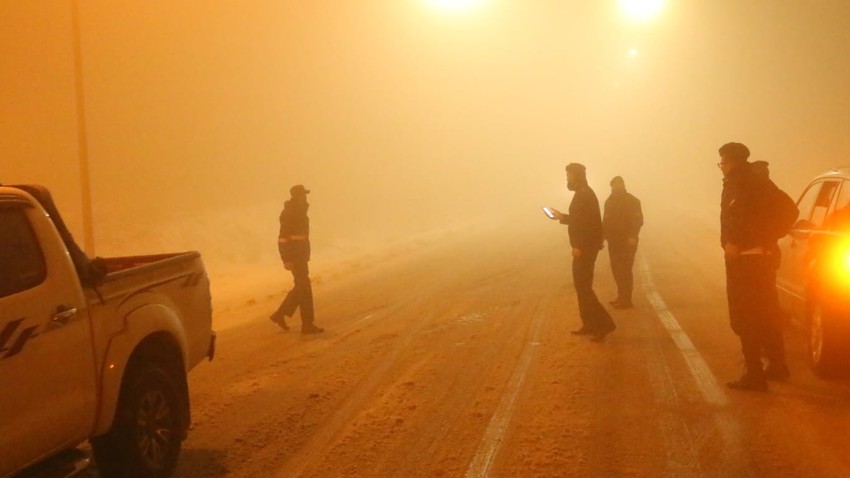 Weather of Arabia - The Director of the Media Response Unit at the National Center for Security and Crisis Management, the official spokesman, Ahmed Naimat, said that the center is following up the response rates of the ambulance and rescue teams and the results are within the rates, and there is efficiency in speed of access and high effectiveness in taking the necessary measures.

Naimat pointed out that the operating rooms received more than 100,000 calls until Thursday evening, and the center, despite being not intended to serve the public, received 5,000 calls and inquiries that were answered by the center's cadres.

He added in Thursday's statement, that the center followed up on the citizens' feedback, especially with regard to power outages and the closure of secondary roads, as response plans were activated between the electricity companies and the support teams from the Amman Municipality, the Municipalities and the Ministry of Works, and there was a quick response with some difficulties due to the accumulation of some Citizens' cars that prevented the opening of secondary roads or units of the teams' ability to repair faults.

He said that the center also monitored the level of water flow inside the dams, specifically the Wala dam, and monitored the general conditions of the roads and the precautionary closure measures to protect the safety and safety of citizens and their property, in coordination with law enforcement agencies, led by the Public Security Directorate, in addition to monitoring misleading and false information and clarifying national information and media efforts from Through the statements issued by the center and warnings of the weather situation and the inter-institutional coordination with all institutions to show their efforts and to send citizens’ comments to these authorities through the center with the feedback it receives from the digital or informational environment or the information that arrives through the center’s call centers.

He pointed out that the center has activated the national plan to confront weather conditions, which has been approved since 2017, in partnership with all security institutions and ministries, and has been included in the assumptions of the exercises held by the center during the past four years, including the strength of the right exercise and the safety path exercise.

He explained that the plan included that the center would be the command and control center for the rest of the operations centers in the security services and ministries in the center, in addition to all the governorates.

And he indicated that the center proactively created a risk map for food and drug supply chains, measured their adequacy in warehouses, and condemned the work of bakeries in coordination with the Ministry of Industry and Trade and the relevant authorities.