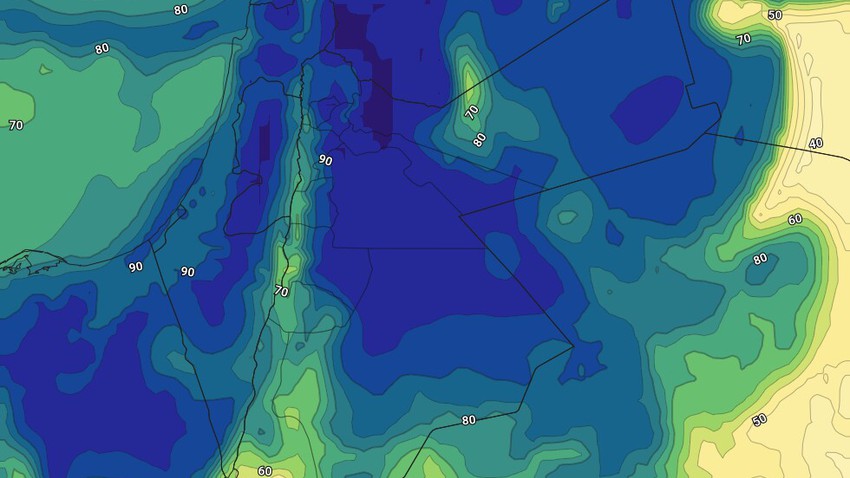 Arab weather - It is expected, God willing, that very humid air currents will rush on Friday / Saturday night, as surface humidity levels will rise to exceed 90% humidity in many regions of the Kingdom, coinciding with the coldness of the surface of the earth and stillness at the speed of the wind.

Where the weather conditions are favorable for dense fog to form sometimes in parts of the eastern plains and valleys, in addition to the eastern Badia regions, the chances of fog forming include Queen Alia International Airport.

Fog begins to form with the late night hours of Friday / Saturday night, and is expected to be more intense at dawn and Saturday morning, as the level of horizontal visibility drops below 1000 meters over some areas, and the fog begins to fade with the late morning hours of Saturday.