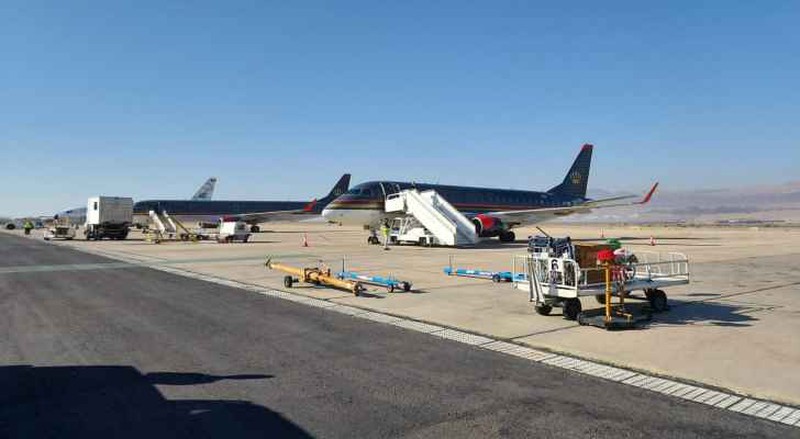 For his part, Director of Public Relations and Passenger Services at Al Hussein International Airport in Aqaba, Omar Al-Smadi, told Roya that the airport was approved to be used as an alternative airport for landing flights that are difficult to land in accordance with safety procedures at Queen Alia International Airport in emergency cases, including weather conditions and lack of visibility. Horizontal

Al-Smadi added that the devices operating at the airport facility receive flights according to the highest standards to serve planes and passengers coming from various destinations until the visibility improves at Queen Alia International Airport.

He pointed out that planes coming from Dubai, Riyadh, Doha, Abu Dhabi, Jeddah, and Cairo have landed so far, stressing that the field is open to receive more planes, unlike the regular regular flights.