Jordan: Expectations of intense dust waves in the Badia regions 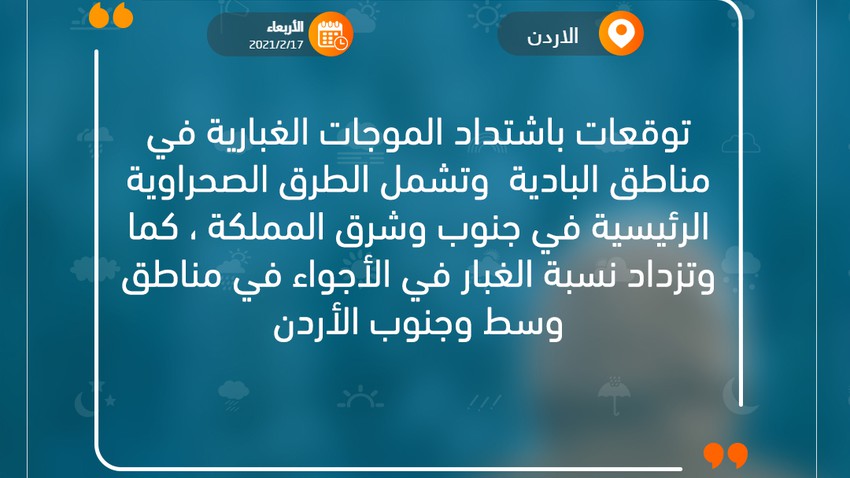 Arab weather - within the influence of the fourth-degree air depression, wind speed increases during the coming hours in all regions of the Kingdom, and this is expected to intensify dust waves in the Badia regions and include the main desert roads in the south and east of the Kingdom, and the proportion of dust in the atmosphere increases in the central and southern regions. Jordan

The weather in the center, south and east of the Kingdom is generally stormy, dusty and cold most of the time, and biting cold over the high mountain heights of these areas, with the possibility of local and intermittent showers of hail and snow at times