Jordan | For the fifth day in a row, temperatures around below zero degrees Celsius on Wednesday/Thursday night, and a warning of a new wave of frost 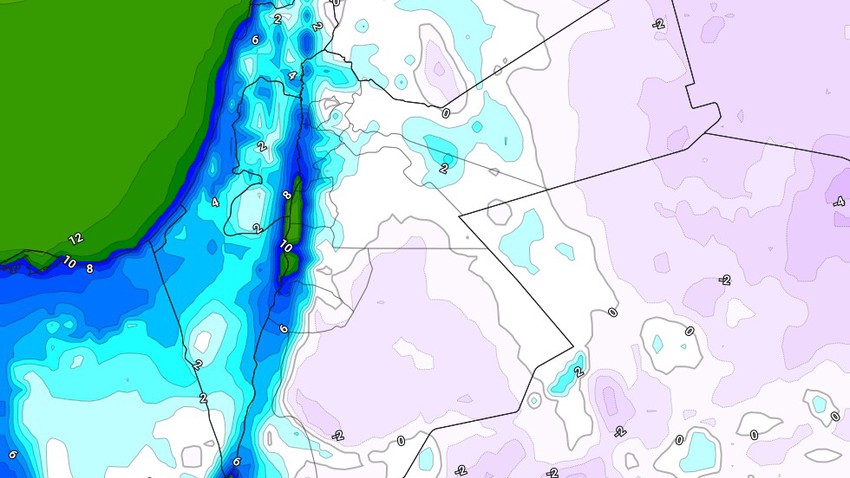 Arab weather - It is expected, God willing, that night temperatures will drop to be around below zero centigrade in a number of regions of the Kingdom, including the main cities and the capital Amman, coinciding with the presence of weather conditions conducive to the formation of frost, as a new wave of frost occurs that includes many regions of the Kingdom, including The Shafa areas are desert areas, and frost is expected to cover agricultural areas and the southern and eastern Badia regions.

Freezing may form on some roads that are still wet and on water bodies.

Frost continues to form in many regions of the Kingdom until the late hours of the day on Thursday, but the weather will be cold to very cold and stable in all regions.