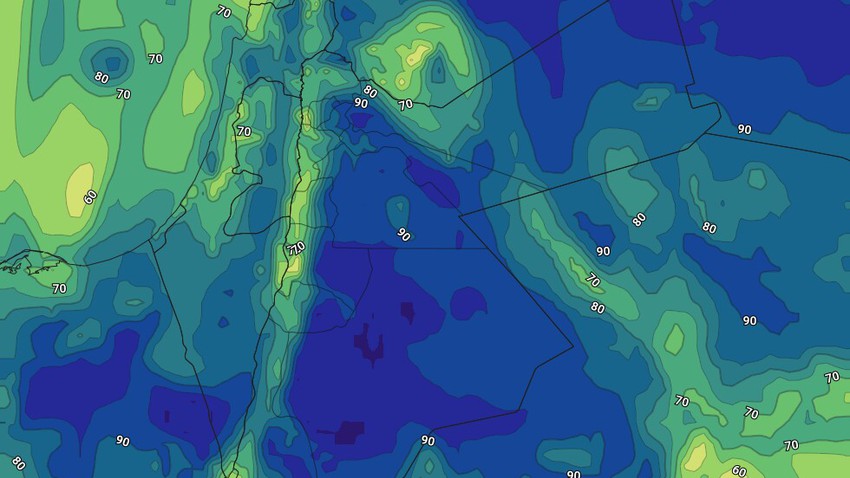 Arab Weather - The outputs of the numerical weather models processed by the Air Operations Department at the Arab Regional Weather Center indicate a significant increase in surface humidity levels on Monday/Tuesday night until Tuesday morning hours in large areas of the Kingdom, with humidity exceeding the 90% barrier in several parts.

This coincides with a decline in wind speed and a decrease in the amount of clouds, as fog forms in large areas of the eastern plains, including the Queen Alia International Airport area, in addition to the Badia areas, including the road.