Jordan | High temperatures on Monday and hot weather in many areas 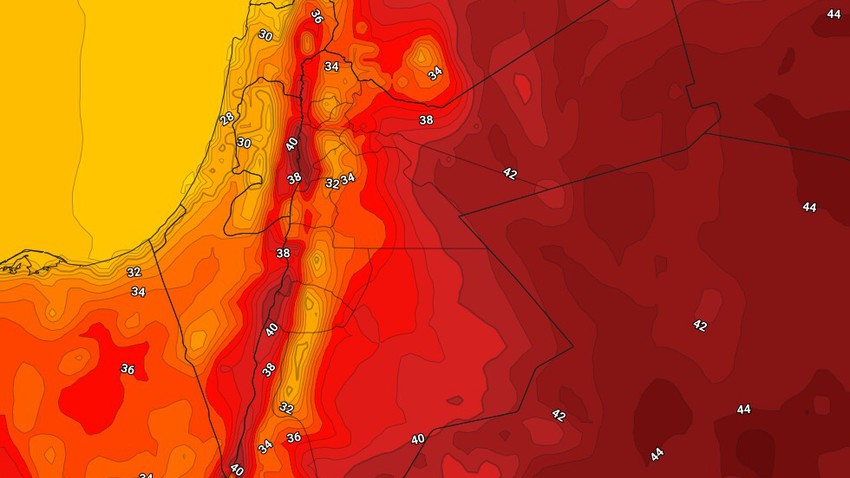 Arab weather - It is expected, God willing, that the temperatures will tend on Monday to rise and remain above their rates for this time of the year, when the weather is relatively hot in the mountains, hot in the rest of the regions, and very hot in the Jordan Valley, the Sea of Mediterranean, Aqaba and the desert areas, with the appearance of clouds at medium altitudes. and high south and east of the kingdom.

The wind will be westerly moderate in speed, sometimes active in the afternoon and evening periods

Warm to temperate weather at night

The weather is warm in various regions of the Kingdom during the early hours of the night, tends to be moderate during the late night hours and early morning, and there is an increase in surface humidity levels in the far northern regions, where low clouds appear.

The winds are northwesterly moderate in speed, active at times, especially at the beginning of the night.