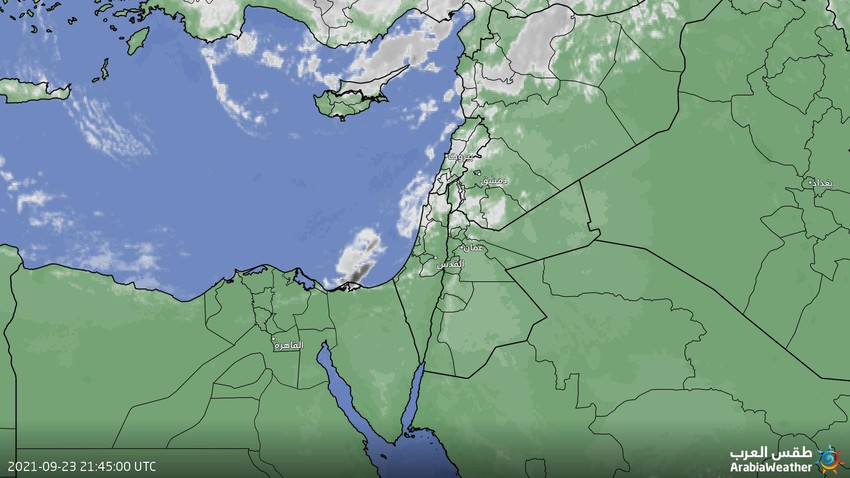 Arab Weather - The latest updates of satellite images and weather radars operating at the Air Operations Department at the Arab Weather Center indicate a gradual movement of low clouds from the Mediterranean Sea towards the State of Palestine, and later to parts of the Kingdom, interspersed with rain cells.

So that the chances of sporadic showers of rain are increasing in different parts of the Kingdom during the coming hours (the hours of dawn and early morning), and the rain is accompanied by the formation of fog over the high mountainous heights as a result of the crossing of low clouds touching the surface of the earth.

The rains are of varying intensity, and sometimes heavy, in narrow geographic ranges, which causes the wadis to flow and the occurrence of water gatherings.

The percentage of positive tests reached (5.29%), and today (1473) new cases of the Corona epidemic were recorded.. Details of the daily statistics inside