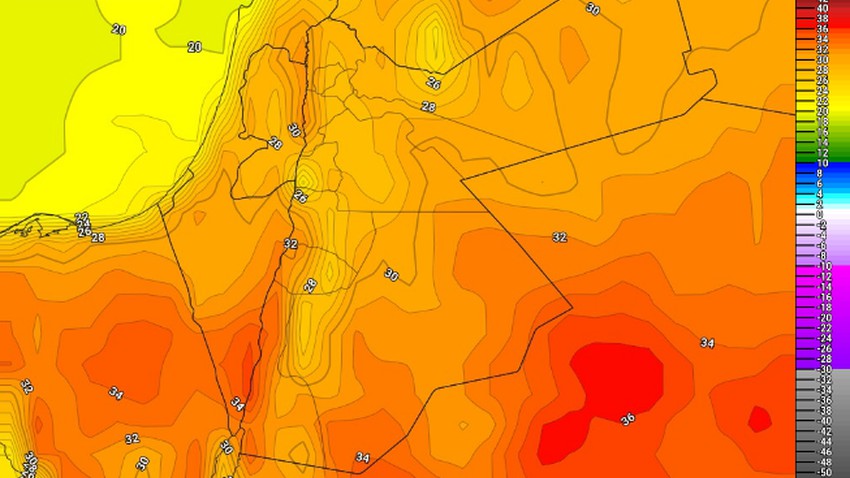 Arab Weather - Sinan Khalaf - The latest forecasts issued by the forecasting staff in Arab weather indicate the occurrence of drastic changes in the weather during the first week of Ramadan, represented by significant and tangible rises in temperatures, with the control of a stable atmosphere in general.

Weather forecast during the first week of Ramadan in Jordan

During the first week of the month of Ramadan, it is expected that a strong and tropical high air will dominate in the high layers of the atmosphere, and is associated with the intensification of the impact of the relatively warm and hot air mass over the entire region, amid expectations that temperatures will reach 30 degrees Celsius on some days of the first week of the holy month.

According to the forecast staff, it is possible that by the end of the period there will be weak activity in the Red Sea depression, which may bring some convective clouds to the Badia regions, and it is expected that rains during the first week of Ramadan will be less than the average in various regions, and around the rate in southern and eastern Jordan, amid high temperatures Clearly higher than the general averages for this time of year, and there are no significant weather events.