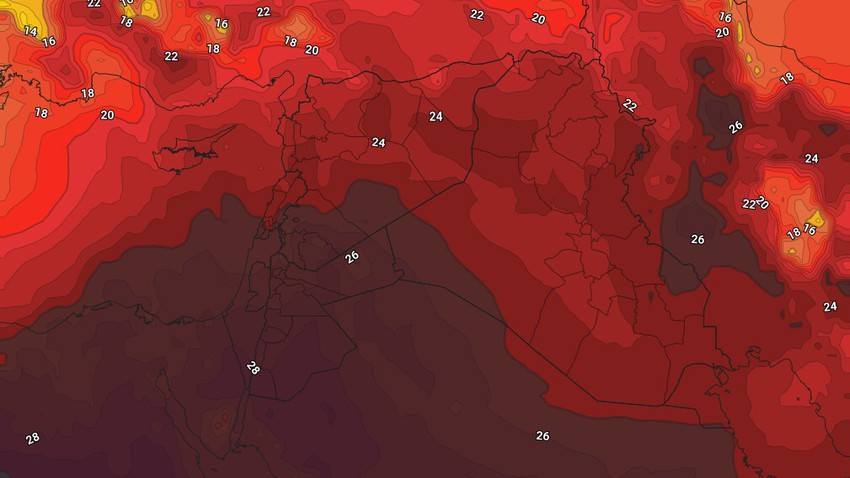 Weather of Arabia - temperatures are expected to witness another drop during Friday compared to the temperatures recorded during weekdays, while the temperature will tend to rise again, starting from Saturday in all regions of Jordan, due to the rush of hot air currents from the African continent towards the eastern region of the Mediterranean, including the Kingdom .

The temperatures decrease in an additional Friday, so that the temperature is around its annual rates for such a time of the year in all regions of the Kingdom, and despite the decrease in the temperature on Friday, it will remain relatively hot in the Jordan Valley, the Dead Sea and Aqaba, and this decrease is accompanied, and quantities of clouds appear at high and medium altitudes , And the winds will be westerly to northwesterly moderate, and are active sometimes in the afternoon. 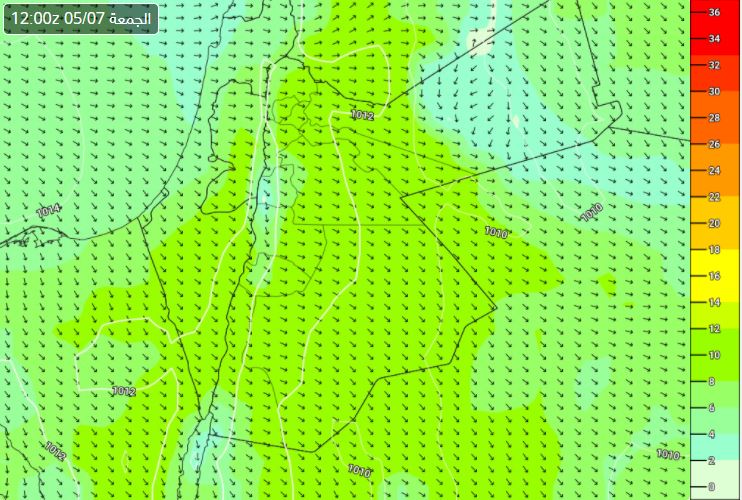 The weather is pleasant in most of the Jordanian cities and governorates, while it may tend to be cold in the late evening hours, especially over the high mountain heights. You need to wear warmer clothes, and the winds will be westerly to northwest, with light to moderate speed.

A new hot air mass is rushing towards the kingdom coming from the African continent, with the effect of which the temperatures rise significantly to become higher than their general rates for this time of the year, so the atmosphere tends to heat in various regions, while it is very hot in the Jordan Valley, the Dead Sea and Aqaba, With the appearance of some clouds on the scattered high altitudes, and the winds will be northwesterly, light to moderate, working to raise the proportion of dust in the air in some areas.

The temperatures are also higher at night compared to the previous nights, and the weather is generally warm in various regions, and the winds are northwesterly light.

This spring is hot

It is worth noting that the current spring is characterized by a high rate of temperature, and this matter is attributed after the will of God to the rush of cold air masses in the north of the African continent, working to displace the warm mass in front of it, as the upper basins go from west to east in a rotational movement counterclockwise rushing The hot air from the west to the east, which contributes to the rush of hot air masses from the African desert towards the eastern Mediterranean, including the Kingdom, and consequently a rise in temperatures in the layers of the atmosphere near the surface of the earth, and in the same context, the positioning of an air high in all layers of the atmosphere contributes to Over the entire Mediterranean region, including Jordan, to the domination of hot climates. 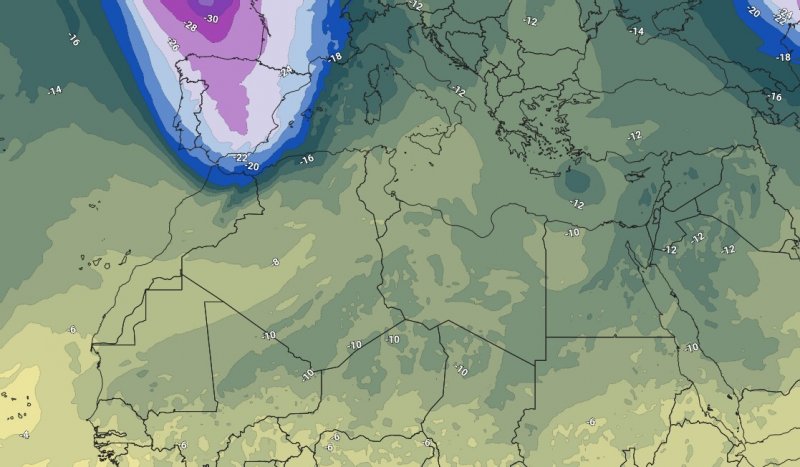 (For those interested : the attached aerial map from the Badr system developed by ArabiaWeather, which represents a layer of 500 hectopascals, indicates the eruption of a cold upper basin, that is, in the high air layers in the western Mediterranean, which is the reason, God willing, in the movement of hot air from the African Sahara towards the region).

In view of the return of the hot weather, there are a set of important recommendations that must be taken seriously in dealing with such an atmosphere that can be summarized in the following points: