Jordan | Mild autumn weather and temperatures in the twenty-first century in the capital, Amman, on Monday 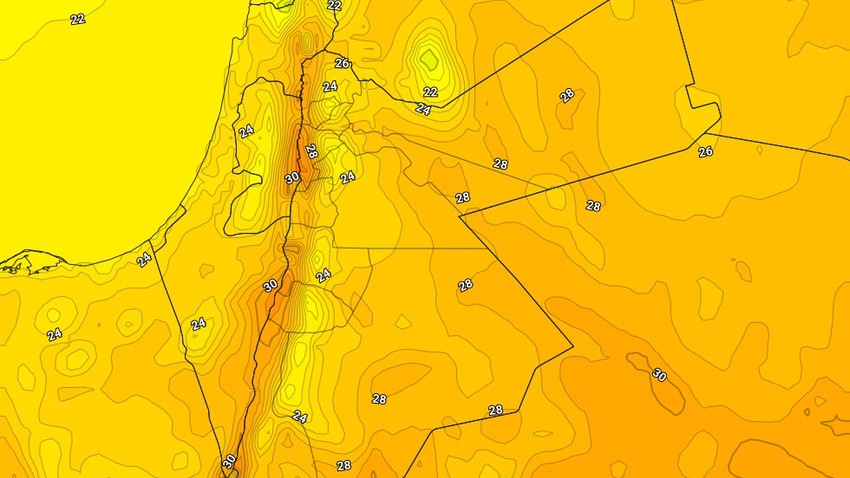 Arab weather - It is expected, God willing, that temperatures will remain slightly below their averages for this time of the year, and the weather will be mild in most areas, relatively hot in the Jordan Valley, the Dead Sea and the city of Aqaba.

With the emergence and scattering of some low and medium clouds, especially in the northern regions.

The weather is relatively cold in the mountainous heights and the eastern plains, turning to cold at late night hours, while it is pleasant in the Jordan Valley, the Dead Sea and the city of Aqaba.

Coinciding with a noticeable rise in surface humidity, fog forms during the late night hours and early morning over the mountainous heights and eastern plains. It is not excluded that the fog is sometimes thick, causing a decrease in the horizontal visibility.

The winds are variable in direction and light to moderate in speed in general.