Jordan: Mild weather and lower temperatures than usual on Wednesday before the weekend rises (details) 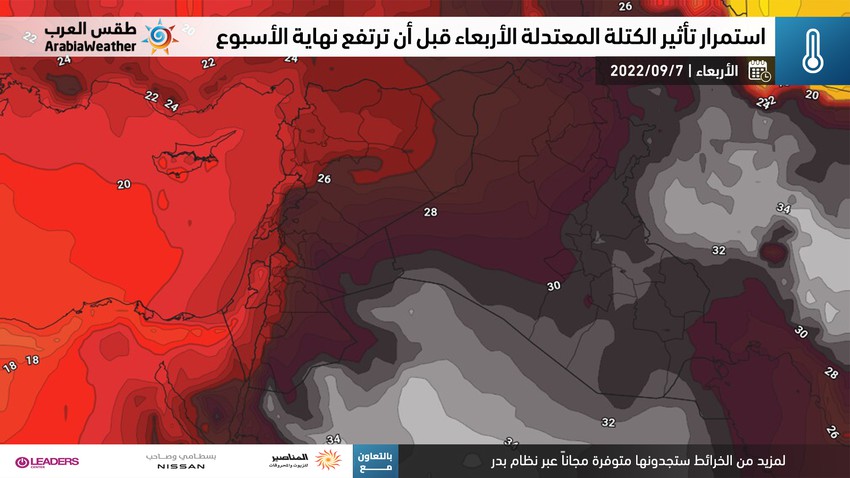 Weather of Arabia - The air maps resulting from the so-called computer simulation models indicate the continued influence of the moderate air mass on the Kingdom's atmosphere on Wednesday, which rushed into the Kingdom later on Monday evening and resulted in the end of all the effects of the hot mass, thanks to God.

In the details, the temperatures remain below their usual rates by two degrees Celsius on Wednesday, and a sunny and moderate atmosphere prevails, especially in the mountainous areas, with the appearance of some low clouds in the north in the morning hours, while the weather is relatively hot in the Jordan Valley, the Dead Sea, Aqaba and the Badia, and the winds will be Northwest moderate speed. As for the night, the weather is generally nice and humid and tends to get cold with the late night hours in the mountains and eastern plains, with a rise in humidity and the appearance of low clouds and the possibility of fog forming in some mountains. "Arab weather" by wearing a light coat to match the cold weather. 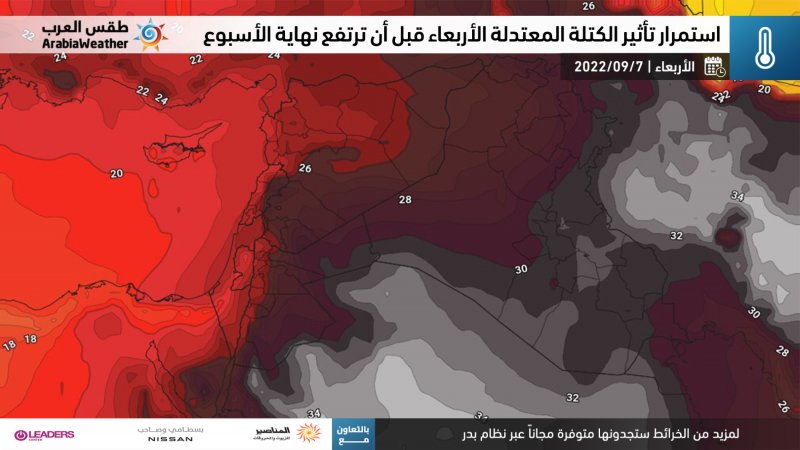 On the other hand, the atmosphere over the weekend seems to be hot, as temperatures rise slightly on Thursday, with moderate weather continuing during the day in most areas, and temperatures continuing to rise on Friday and Saturday, and the weather is relatively hot in most areas, while it is hot in the Jordan Valley and the Dead Sea. Aqaba and desert areas, God willing.

It is not expected, according to current estimates, that the Kingdom will be exposed to the same hot weather that dominated last week, or what is scientifically called a “heat wave”, during at least the next two weeks after God’s will, and the “normal summer” atmosphere will be the most prominent title for most of the coming period in The capital is Amman and most of the major cities.