Jordan | Moderate southeasterly to easterly winds, moderate to brisk on Mondays and Tuesdays, adding to the feeling of coldness. 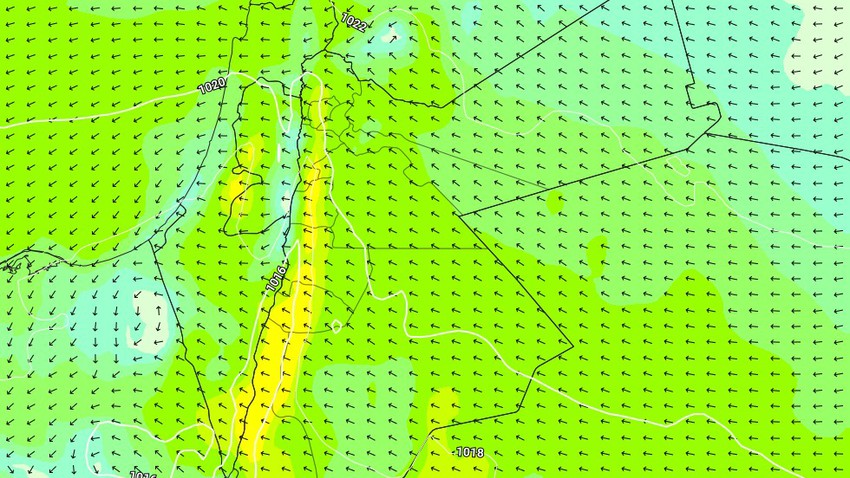 Weather of Arabia - light to moderate southeast winds blow over the Kingdom during the beginning of the week, but it is expected that the influence of the southeast winds will increase during the days of Monday and Tuesday, as they become moderate in speed, accompanied by active gusts, especially over the slopes of the mountainous heights and the central valleys .

The eastern winds increase the sense of cold dramatically and significantly, due to its great drought, and alerts farmers in the central Jordan Valley in particular about the danger of severe winds expected, especially with Tuesday.