Jordan: Moderate weather in most areas during the day and cold nights during the last days of the summer `astronomically` 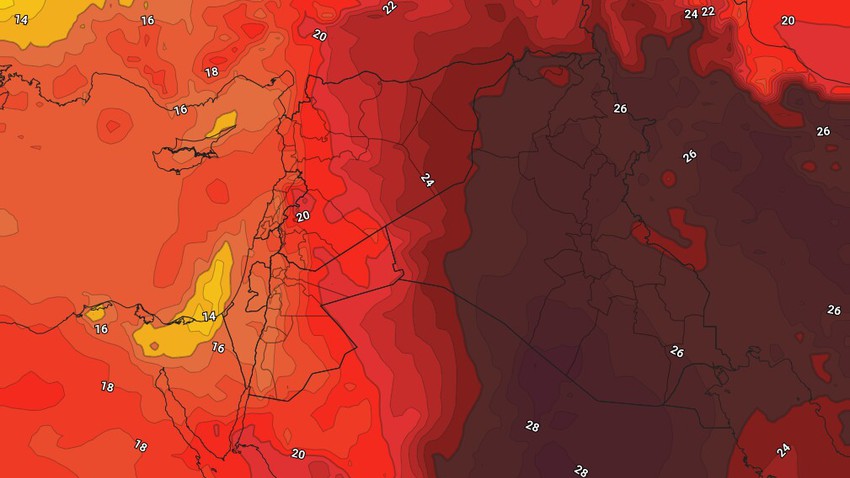 Weather of Arabia - It is expected that the eastern basin of the Mediterranean, including the Kingdom, will continue to be affected by an air mass with temperatures lower than its usual rates, which work on the rule of a temperate atmosphere in the mountainous heights, and relatively hot in the rest of the regions, including the Badia, the Jordan Valley, the Dead Sea and the Gulf of Aqaba.

In the details, the morning hours of Tuesday appear scattered clouds at low altitudes, which decrease during daylight hours, with the atmosphere remaining very moderate in many Jordanian cities, especially the high ones, while it is relatively hot in the Badia, the Jordan Valley, the Dead Sea and Aqaba, and the winds are north Western, moderate speed in general, with occasional active flashes in the mountains and the desert, which may raise some dust and dust in the desert areas. 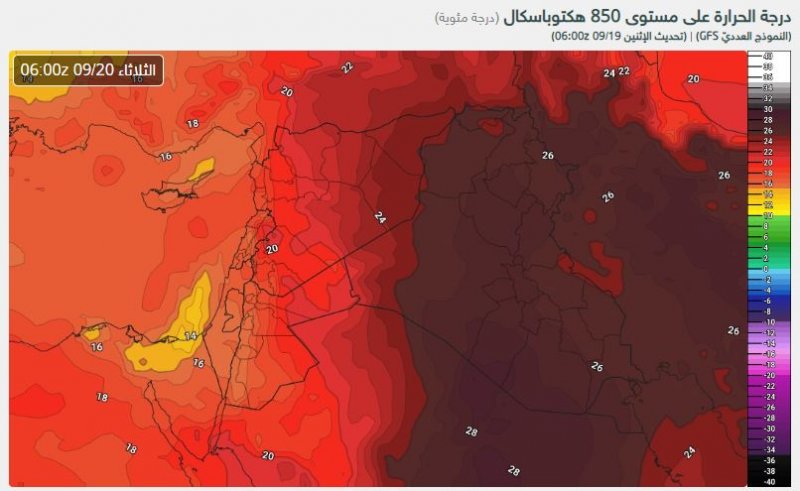 Such an atmosphere is suitable for all kinds of outdoor activities, including family trips to all Jordanian tourist areas, extending from the mountains of Ajloun and the plains of Irbid in the north to Aqaba and its picturesque beaches in the south, which will be very suitable for swimming. The high and the eastern plain, and you need a light coat far from the midnight and early morning hours to match the relative cold weather.

It is noteworthy that the Kingdom enters the astronomical autumn season, starting from Friday, September 23, and extending until next December 21, God willing. The beginning of December is the beginning of the winter month in these areas, and the temperatures take a descending curve throughout this period, which is usually sharp since the beginning of November in the Kingdom, as the cold weather systems extend more from the center and east of the European continent towards the Mediterranean basin. Including the Kingdom .. For more details .