Jordan: Monitoring the influx of more Khamsiniyah depressions to the region in the coming period 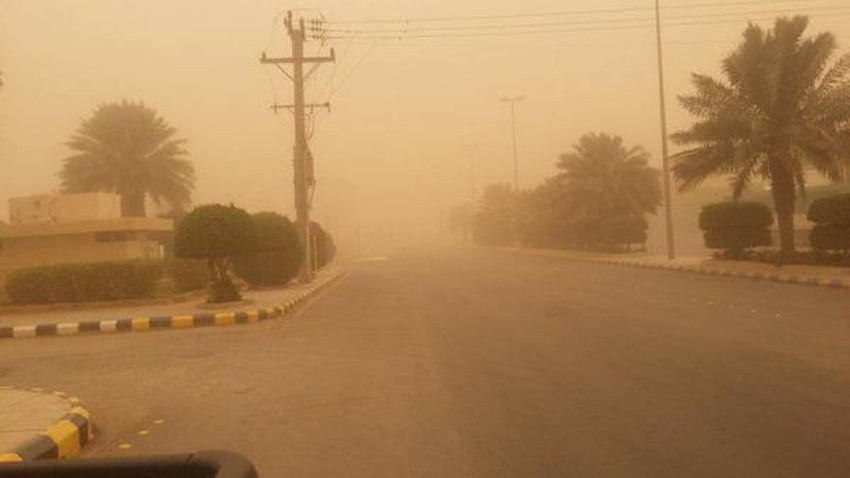 Weather forecasters at the Arab Weather Center reported that computer modeling indicators indicate expectations that Jordan and neighboring countries will be exposed to more five-year depressions during the coming period. Through the latest information, it was found that there is an air temperature depression that has already begun to form (during the preparation of the report) in the Algerian desert, and it is expected that the coming days will move eastward to affect the countries of Northeast Africa, while reaching the eastern basin region of the Mediterranean during the weekend. .

In the details, the numerical modeling through the Badr system developed by Arab Weather indicates the beginning of the deepening of the Khamasini air depression in the eastern desert of Algeria, and it is expected that it will continue its movement towards the northeast to affect the various regions of Libya in the coming days, and it will stay over the Libyan lands for several days, causing the occurrence of Dense dust waves in many parts of it. And heading towards Friday 29-04-2022, it is expected that the five-year depression will affect Egypt and the Levant, and the five-year weather conditions will move to the region, God willing. As temperatures rise and relatively hot and dry weather prevails in most regions of the Kingdom, it is even hot in the Jordan Valley, Bahramit and Aqaba regions. As the five-year depression approaches the Kingdom on Saturday, there is a further rise in temperatures and the winds turn to become southwesterly, gradually active during the day and causing a rise in dust levels in the atmosphere and dust waves, especially in the Badia regions, and it is feared that a decrease in the horizontal visibility will occur.

On a related level, weather forecasters in the Arab weather indicated that there are indications that the Kingdom will be affected by new five-year depressions, which are considered late during the first week of May. However, this requires close monitoring of the latest developments through special computer simulation models developed by Arab Weather, God willing.

Why are the pentagonal depressions formed at this time of the year?

The Khamsiniyah depressions are known as thermal depressions that usually form in the spring in the northern part of the continent of Africa (in the Sahara), and move parallel to the coast of the Mediterranean towards the eastern basin of the Mediterranean and the Levant region. Thermal depression is defined as a depression resulting from the intense heating of the Earth’s surface, which results in a decrease in the density of the air above it, so it rises up and the pressure decreases, and the air begins to gather from areas of high pressure towards areas of low pressure, and an upward movement is formed that is in a narrow vertical space.

The five-year depressions are formed in the Sahara and North Africa in this period of the year (the spring period) as a result of the decrease in atmospheric pressure due to the high temperature there compared to the temperature of the Mediterranean water, which becomes cold after the winter season. These depressions push the surface winds laden with dust from the Sahara desert towards the east.

The Khamasin depressions are usually accompanied by the Khamasin winds, which are mostly southwesterly winds, which are dry and warm and come from the Sahara Desert, loaded with tons of dust and raised dust, and move quickly towards areas of the eastern Mediterranean, such as Egypt, the Levant, Iraq, and the Arabian Peninsula region. Temperatures and dusty conditions will reduce visibility.