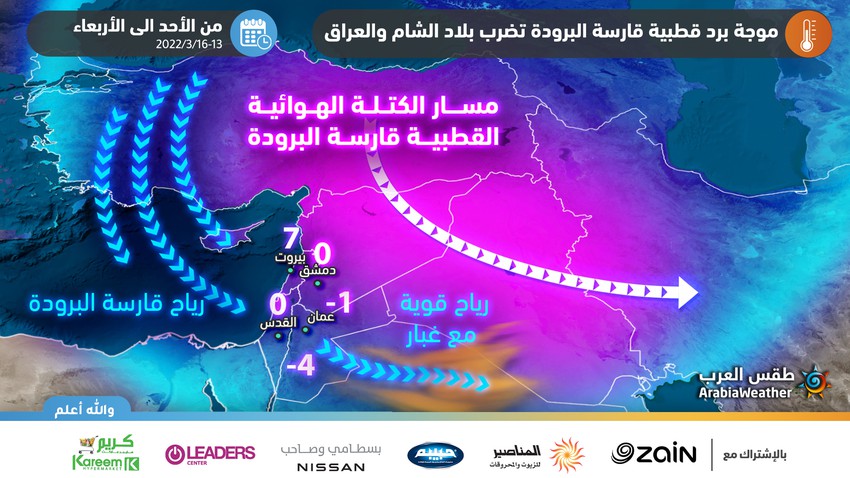 Weather of Arabia - The Kingdom remains under the effects of a very cold regional air mass during most days of the current week, but the most severe impact will be on Tuesday with the flow of cold winds towards the whole of the Levant and Jordan, where the opportunity becomes available for snow showers in some regions of the Kingdom.

Much cooler temperatures on Tuesday

Tuesday is expected to be the coldest day during the current week, as with colder winds flowing towards the region and the freezing center of the air mass moving close to the Kingdom, temperatures are expected to fall in all regions of the Kingdom to touch zero degrees Celsius during the day over the high mountains. Without it the night hours.

In conjunction with these very cold weather, it is not excluded that some snow showers will fall in many regions of the Kingdom, including the main cities and the capital, Amman.

The following are some of the maximum temperatures expected to be recorded by Jordanian cities on Tuesday:

While the temperatures at night hours will be much colder and below zero Celsius in all mountainous regions, plains and deserts.