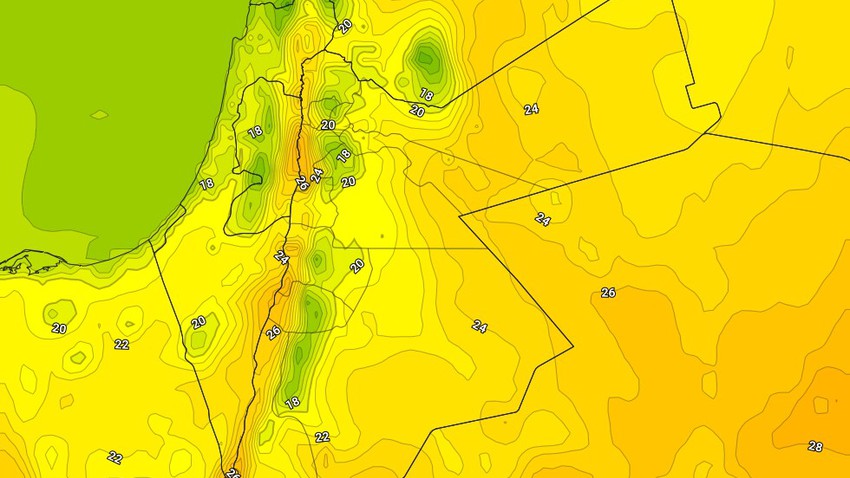 Arab weather - God willing, it is expected that there will be a further decrease in temperatures to be lower than their rates for this time of the year on Wednesday, and the weather will be relatively cold in the morning, becoming nice to cold for the rest of the day, especially over high mountainous heights, while it is warm in The Jordan Valley, the Dead Sea, and the city of Aqaba, with the appearance of low clouds, especially in the northern regions.

The winds will be northwesterly, becoming moderate during the afternoon and afternoon hours, and they are accompanied by active gusts that raise dust and dust in the Badia regions.

There is an additional decrease in night temperatures compared to the previous night, and the weather is cold during the night hours and in the early morning in various regions of the Kingdom, which requires wearing a coat.

The minimum temperatures will be slightly below 9 degrees Celsius in the main cities, including the capital, Amman.

Coinciding with the occurrence of a noticeable rise in surface moisture levels, in many areas, amounts of low clouds are spread, which may lead to the formation of fog over some high mountainous heights in addition to parts of the northern plains.

The winds will be northwesterly, light to moderate in speed, energizing at times early at night.