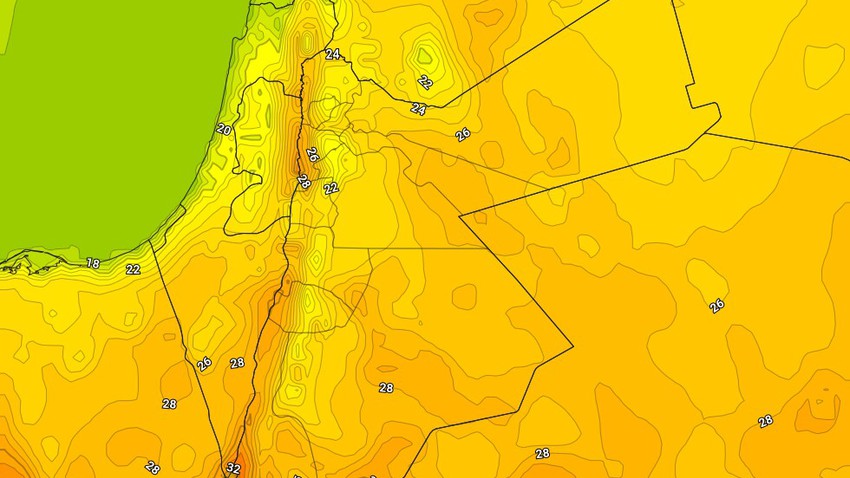 Arab weather - God willing, it is expected that there will be a further decrease in temperatures on Saturday to be around slightly higher than their rates for this time of the year, and the weather will be cold and humid in the morning with the appearance of low clouds, but it gradually turns into a mild spring in most areas The Kingdom during the afternoon and afternoon hours, while it is relatively hot in the Jordan Valley, the Dead Sea, the city of Aqaba and parts of the Badia.

The winds will be variable and light to moderate in speed over most areas.

Night temperatures remain low compared to previous nights, and the weather is relatively cold in most regions of the Kingdom during the late night hours, which necessitates wearing a coat, especially for residents of mountainous heights, while the weather is moderate in the Jordan Valley, Dead Sea and Aqaba regions, and humidity levels rise in parts from the northern plains.

The winds will be variable to southeasterly, light to moderate in speed, active at times in the mountainous and open areas.