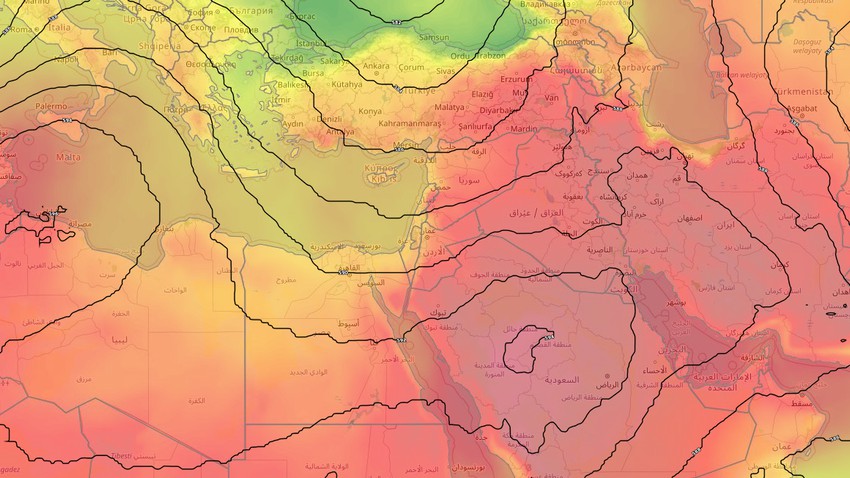 Arab weather - The latest weather readings of computer simulation models of the movement of air masses indicate an expected intensification of the impact of the relatively hot air mass that originally dominates the atmosphere of Jordan, as its impact during the past days included most of the regions of the Levant, where a relatively hot to hot atmosphere prevailed in most regions of the Kingdom, This atmosphere is expected to increase during the next few days, as temperatures tend to rise further, to be higher than their normal rates in all regions.

More heat up on Monday

In the details, it is expected that temperatures will witness an additional rise on Monday, becoming 2-4 degrees Celsius higher than their rates. The weather will be sunny, dry and relatively hot in the mountainous heights, while it will be very hot in the Jordan Valley, the Dead Sea and Aqaba in addition to the Badia, and the winds will be westerly to Northwesterly moderate speed, active in the afternoon may work to raise some light dust in the eastern Badia. 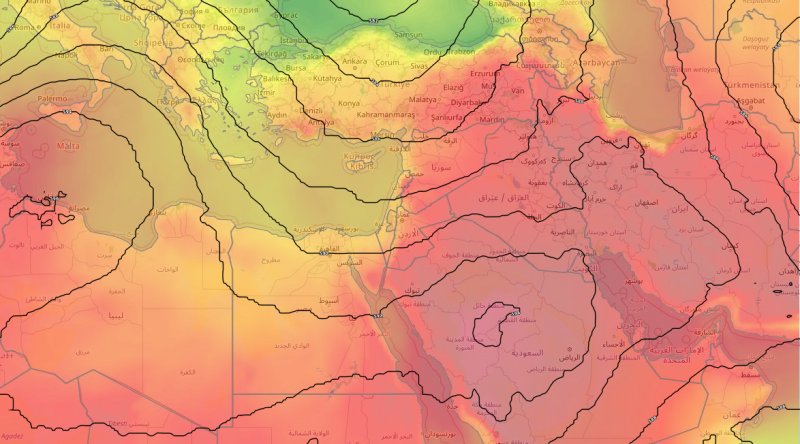 During the night hours, the weather is moderate in the mountainous heights and plains, while it is remarkably warm in the low areas, in conjunction with stillness in the wind speed, which makes the sense of heat also higher.

In light of the continuing impact of the relatively hot mass in the coming days, we reiterate the importance of adhering to the following advice and recommendations: