Jordan | New waves of dust, some of them dense, are now on their way to the kingdom 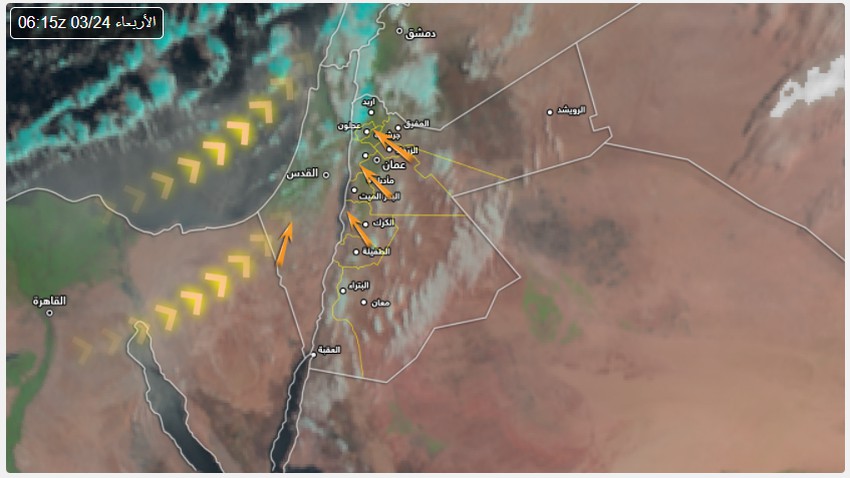