Jordan | Nice and humid nights ahead of the kingdom 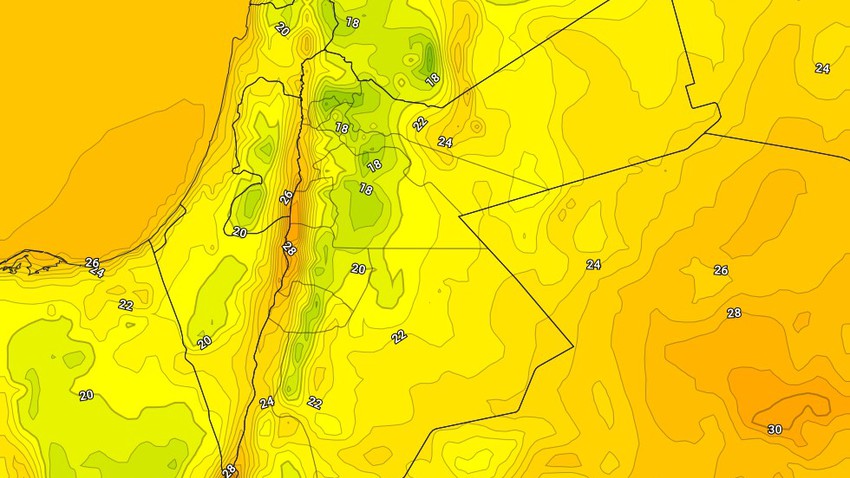 Arab Weather - The weather maps in the Arab Regional Weather Center indicate a decrease in nighttime temperatures compared to the previous period, and the weather becomes a pleasant night in many regions of the Kingdom, but it will tend to be cold in late times of the night in the high mountainous heights and the eastern plains, especially after In the middle of the week, the lows reach 17 degrees Celsius.

High levels of surface humidity and the possibility of fog formation

The surface humidity levels will rise significantly during the coming nights, as amounts of low clouds will appear, especially in the north of the Kingdom, and may result in the formation of fog in some northern mountains and eastern plains.