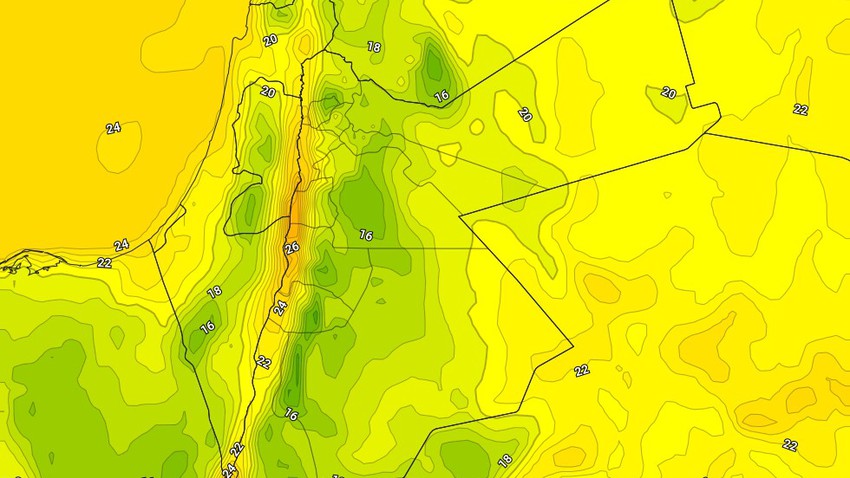 Arab Weather - The weather maps in the Arab Regional Weather Center indicate the continuation of the pleasant weather in the various western regions of the Kingdom in the night hours, evening and night, the coming days, but the weather may tend to be slightly cold in late times of the night in parts of the high mountainous heights and the eastern plains areas. So that the lowest reaches 16-17 degrees Celsius, while the weather is warm at the beginning of the night in the Jordan Valley, the Dead Sea, the city of Aqaba and the eastern regions, and tends to moderate in late times.

This coincides with a gradual rise in surface humidity, and low clouds appear, especially in the northern regions of the Kingdom at late night hours.

Northwesterly moderate winds, fresh at times in the evening

Northwesterly moderate winds will continue to blow over the Kingdom during the early evening and night hours, accompanied by occasional brisk flashes, especially in the mountainous heights and eastern regions.