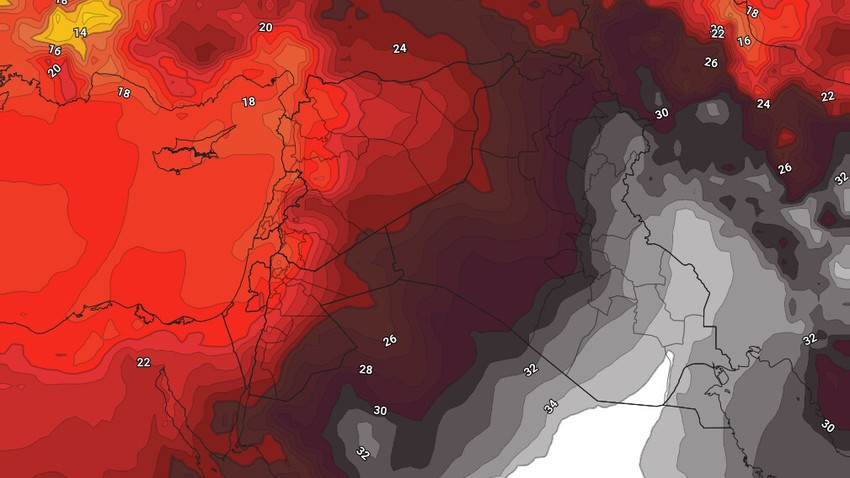 Arab Weather - Weather maps at the Arab Regional Weather Center indicate that temperatures will continue to be around slightly less than their averages for this time of the year until midweek, and the weather is normal summer in the mountainous and western regions of the Kingdom, while it continues to be hot in the Jordan Valley, the Dead Sea and the city of Aqaba. And parts of the Badia, with the appearance of clouds at medium and high altitudes, especially in the south and east of the Kingdom.

There are no indications that the Kingdom will be affected by any heat waves during the next few days.

Maximum temperatures around 30 degrees Celsius in the capital Amman

It is expected, God willing, that the maximum temperatures in the coming days will be in the early thirties in the main cities, including the capital Amman, and may be lower in some cities and neighborhoods, especially the mountainous ones, while exceeding the mid-30s Celsius in the regions of the Jordan Valley, the Dead Sea and the city of Aqaba in addition to parts from the desert.

Daily activity of the westerly wind

In the coming days, westerly to northwesterly moderate winds will be blowing over the Kingdom, active during the afternoon and evening hours and causing dust and dust in the desert and open areas.

Night temperatures remain low compared to the previous nights, and the weather continues to be pleasant in most regions of the Kingdom during the night hours, especially in the high mountainous heights and the plain areas.